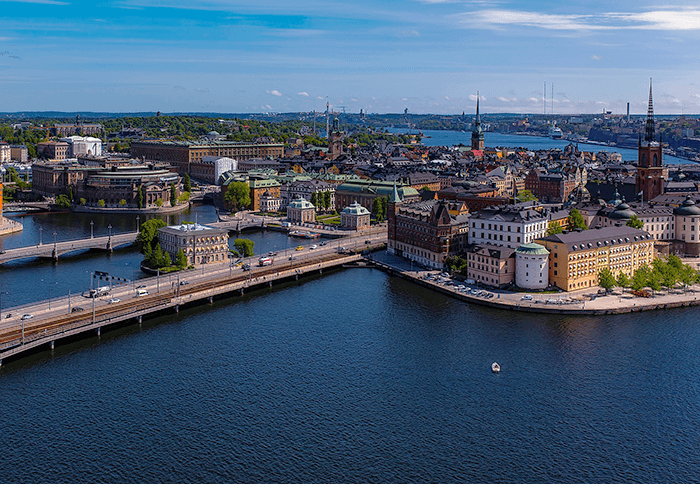 Sweden is a Scandinavian country comprised of thousands of coastal islands and a mainland covered in glacial mountains and large spans of arboreal forest. Its capital is Stockholm, and other major cities include Malmo and Gothenburg. Stockholm covers 14 islands and the medieval old town of Gamla Stan. Sweden has a relatively mild climate with February being the coldest month of the year when temperatures are between – 22 to -3°C. During July, temperatures average around 13 to 17°C. Sweden has been inhabited by German peoples since prehistoric times. The southern regions of the country are predominantly agricultural, while the northern regions are heavily forested. Reach your customers using Sweden International Virtual Phone Numbers.

Sweden’s economy has a stable performance and efficiency with flexible, open-market policies that are strong enough to sustain a large trade flow and investment. The country manages sensible banking regulations, and lending practices are generally prudent. Government spending accounts for more than 50 percent of the GDP, making the tax regime something of a heavyweight. However, this is counterbalanced by high levels of business transparency and efficiency.

Sweden’s economy is export-oriented. This is boosted by natural resources such as timber, iron ore, and hydro. The main industries include telecommunications, motor vehicles, industrial machines, pharmaceuticals, appliances, home goods, steel, and iron. Though traditionally, Sweden was a modern agrarian economy, today the nation continues to develop industries such as mining, engineering, and pulp.

Sweden has a mixed economy that has a universal welfare system that is funded by income taxes. This is known as the Nordic model. Around 90 percent of all Sweden’s companies and resources are privately owned. The other 10 percent is split between state ownership and producer cooperatives.

As Sweden did not participate in WWII, it did not, unlike many other European countries, have to rebuild its nation, banking, and economic base, which has allowed the country to achieve a high standard of living amid a balance of far-reaching welfare benefits and high-tech capitalism.

Swedish is the official language of Sweden and is spoken by most of the population. Sweden also has two minority languages, Saami and Finnish. Some Swedish Romanies also speak Romani.

The church of Sweden is comprised of the Lutheran branch of Christianity. The nation’s ethnic make-up is a blend of Swedes as well as Sami and Finnish minorities. One of the main characteristics of Swedish culture is the people’s egalitarian philosophy. Swedish natives are humble people who firmly believe in equality and modesty. Boasting is not tolerated. This attitude is reflected in the way Swedish parents raise their children to avoid competition and not to believe that they are more special than any other child.

The Swedish ethos is geared towards ‘lagom’ or, ‘everything in moderation.’ Anything excessive or flamboyant is frowned upon. Moderation even extends to work and play which are both participated in, but not to excess.

Sweden international virtual phone numbers can enhance your business in a number of ways, such as:

Contact Global Call Forwarding today to find out more about local and toll-free Swedish phone numbers and out customizable services such as fax to email, black and white lists, failover forwarding, time of day routing, and advanced IVR/PBX. We can help you set up Sweden international virtual phone numbers right now as well as virtual numbers in more than 140 other countries worldwide.