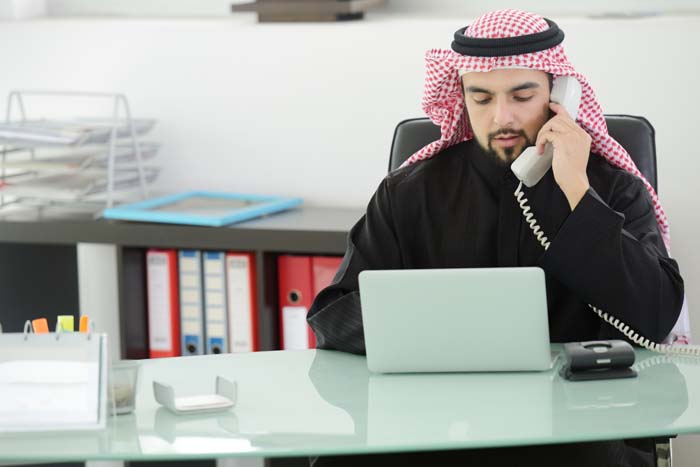 Dubai has shown the world what sweeping economic changes can do to reap the maximum economic benefits. Dubai today is the epicenter of trade & commerce in the UAE or the United Arab Emirates as also one of the most prominent business capitals and port centers in the world. And for those aiming to expand their businesses into Dubai, one of the best ways to do so is with Dubai local numbers.

Over the years, Dubai has also transformed into a grand destination for tourists. More than a decade

ago, the Dubai International Financial Centre (DIFC) was commissioned, and this has been largely responsible for developing Dubai as a burgeoning hub for service industries like IT and finance.

IT has been particularly influential to the development of Dubai’s massive infrastructure, which has enabled it to gain a greater level of foreign investments and to subsequently continue on its path of growth. Its expatriate population also is ever increasing, and Dubai local numbers are essential for those working there to maintain contact with their home countries, relatives, and friends all over the world.

Dubai is the 2nd wealthiest emirate of the UAE and is preceded by Abu Dhabi at the number one standing. It is generally believed that the Dubai economy is primarily oil-based. However, this is strictly not true. In fact, Dubai only uses meager to moderate amounts of its oil reserves to generate revenue in order to develop its overall infrastructure for trade, manufacturing, and tourism.

Dubai remains a thriving and growing metropolis, and it is known for its favorable outlook on businesses, rewarding them for their contributions. Published statistics reveal that nearly 95% of the emirate’s GDP is not oil-based. Oil actually accounts for about 1 % of Dubai’s GDP with tourism generating a sizable 20%.

Tourism in Dubai was not that well developed in the Nineties with only a handful of hotels dotting the city’s skyline. It was after the Burj Al Arab Hotel was inaugurated in 1994 that Dubai took its first bold steps to become a tourist destination that rivaled the global standards of the time. Since that time, tourism has become such a massive industry in Dubai, that it has been largely responsible for changing Dubai’s entire face over the last three decades.

Seeing the need to remain as competitive as possible, Dubai has continued to assert their position as a noteworthy hub for the international IT industry by expanding into the tech industry. The Dubai Media City has joined with the Dubai Internet City to form Technology, Electronic Commerce, and Media Free Zone Authority (TECOM) that hosts some of the most well-known IT companies like EMC Corporation, Microsoft, Hewlett-Packard, Dell, IBM and Oracle Corporation. Seeing the strategic importance of having a presence in Dubai, media giants such as CNN, BBC, Sky News, MBC, and Reuters have also set up offices there. As you can see, it is clearly a lucrative location for businesses, and your business may very well profit from having Dubai local virtual numbers in order to expand there.

Hollywood also loves Dubai! Mission: Impossible 4 (Ghost Protocol) and Fast and Furious 7 were both done in Dubai, shining a spotlight on the worldwide appeal of the location.

Dubai’s growth rate was 6.1% in 2014 and this catapulted it to the status of a faster-growing economy. India, China, and the US are its largest trading partners. Tourism is still the primary revenue generator with Dubai being currently ranked as the 7th most visited country in the world with a record 15 million tourists visiting the nation last year. Among all the attractions Dubai holds, its popularity as a shopping destination, with its abundance of gorgeous shopping malls and grand gold souks, make it highly appealing to millions worldwide. Expo 2020, which is scheduled to be held in Dubai in the year 2020 will be yet another grand booster to the economy, and is expected to create around 200,000 additional jobs. With so much potential and so many industries booming in Dubai, your business may benefit greatly from having Dubai local numbers.

The UAE’s overall growth has been slow ever since oil prices dipped below $30 a barrel. However, the opening of new markets, rapid diversification, and renewable energy development, plus the addition of Islamic finance sectors are expected to aid the economy, according to the Dubai Department of Economic Development (DDED). As crude prices continue to rise, public spending is expected to rise, and employment opportunities will also be generated.

Why Should Your Business Get Dubai Local Numbers?

Dubai has firmly asserted their position as one of the most forward-thinking and innovative cities in the world, and continues to remain a bustling hub for trade and commercial activities in the Middle East. And with the number of notable foreign multinationals who want a piece of the Dubai pie, it is clear that businesses understand the impact of opening up their operations to potential customers in Dubai. As more businesses take efforts to set up offices and expand into Dubai, they are seeing how necessary it is to have Dubai local numbers as points of contact in order to maintain contact with local and international business associates and customers.

This explains why there’s a special need to get Dubai local numbers in order to answer customer calls or to maintain worldwide contact easily and consistently; simply, Dubai is booming for business!