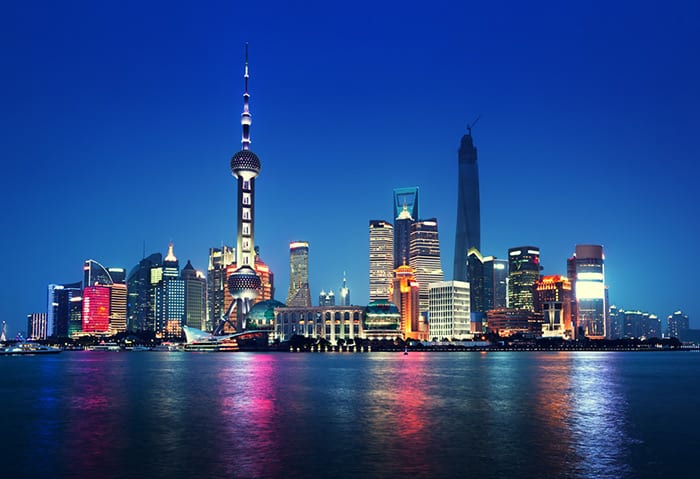 In today’s global economy, the thought of expanding business outside of the company’s home country is extremely common, if not a necessity in keeping up with the competition. International expansion carries with it many considerations, such as the need for much research into the implications for the company, as well as the market in which one is looking to expand. The prospective benefits must outweigh the efforts entailed with the obvious goal being the ultimate success of the company. Expanding into Shanghai, China offers many attractive opportunities for a business to consider.

Shanghai is one of the four municipalities that are direct-controlled in China. It is also the most heavily populated city in the entire world. As of 2017, Shanghai had a population exceeding 24 million. Shanghai is recognized as a global financial center and a transportation hub, along with being the most active container port. As an important administrative, trading, and shipping city, Shanghai has grown in importance as it relates to its favorable port location and the potential of the city’s economy.

Shanghai has been dubbed the “showpiece” of the growing economy in Mainland China, well recognized for its cultural offerings and sites. Shanghai is also known as the financial and commercial center of China, ranking at number 13 in the Global Financial Centres Index for 2017. Shanghai has also ranked among the cities with the highest cost of living in China, according to a study released by the Economist Intelligence Unit in 2017.

In the last 20 years, Shanghai has been one of the most rapidly developing cities across the globe, as home to one of the primary industrial centers in China, a conference and meeting sector that is growing, and a free trade zone established in 2013.

For a business looking to take advantage of Shanghai’s many potentially lucrative offerings, the first step in establishing a presence is in creating a form of communication for the business to connect with those in this new and booming market. The aim of Global Call Forwarding is to aid businesses in forming this well-established mode of communication by supplying Shanghai virtual numbers to business leaders across the globe. Global Call Forwarding quickly and easily sets up Shanghai virtual numbers, giving business leaders a well-established form of communication in this new market and allowing them the freedom to focus on other pertinent matters involved in the expansion to this new market.

In expanding to Shanghai, business leaders must also pay their due diligence in looking into local business laws, cultural differences relevant to business dealings, political matters that could affect the business in any way, and much more.

Shanghai’s total population is estimated to be over 23 million. Shanghai also has approximately 150,000 officially registered foreigners. Of those officially registered foreigners, estimates show 31,500 are Japanese, 21,000 are Americans, and 20,700 are Korean. Shanghai is also what is known as a domestic immigration city, which means that a large number of people come from other cities across China. This is important to consider for business leaders looking to grow and expand to Shanghai.

For a business to succeed in Shanghai or any other city or nation across the globe, a company must firmly establish a means of communication with those in this new market. Offering access to Shanghai virtual phone numbers so that any business contacts can contact the company directly is a vital step in accomplishing this.

For any company looking to establish a presence in a new nation, this service is a necessity. This service also helps greatly in keeping communication costs down. Global Call Forwarding’s offering of Shanghai virtual numbers helps a company in establishing a professional presence in Shanghai without the high costs related to opening a physical location in Shanghai.

Global Call Forwarding facilitates international call forwarding through the use of Shanghai virtual numbers as well as virtual numbers set up from many other cities and countries worldwide, while setting customers up with access to an online cloud control panel for initial setup and feature management.

Expanding an already established business to Shanghai or launching a new business in this market requires meticulous and methodical planning and decision-making. Business owners can take the first step by setting up Shanghai virtual numbers to establish the necessary communication channels and focus on the attainment of success for the company.