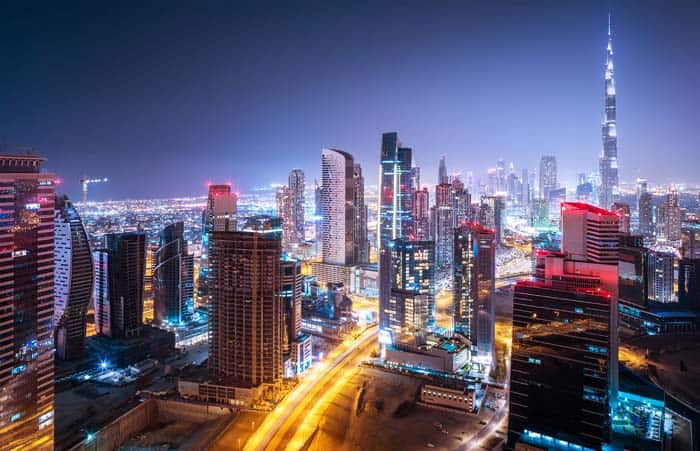 Dubai is often the first location that comes to mind when the United Arab Emirates is mentioned. Dubai is the most visited of all the seven entities that make up the UAE federation. This is due to its iconic skyscrapers, city-sized malls, palm-shaped islands, beach resorts, and indoor ski slopes; among many other amazing attractions. However, beyond the excitement of Dubai lies the diverse culture, character, and allure of the other 6 Emirates. The UAE is an exciting destination, and it is one of the world’s leading business hubs. As the most progressive area of the Middle East, it is one of the best places for businesses to expand into.

If you are considering Dubai or Abu Dhabi as locations your business may thrive in, consider the many opportunities that are possible with a virtual office and having United Arab Emirates local numbers.

For most businesses that are looking to establish a business presence in the UAE, the most affordable way to achieve this is to buy United Arab Emirates local numbers through Global Call Forwarding. Since customers respond better to businesses with a local presence, it is only vital that you invest into your business with by purchasing United Arab Emirates local numbers.

United Arab Emirates local numbers are a very affordable way of advertising your products and services as well bringing your business closer to your potential customers. You can use these numbers in all of your marketing efforts, and on your website to advertise your services.

How do they Work?

Once you purchase United Arab Emirates local numbers, you will be able to change your ring-to number anywhere in the world conveniently from your online account platform.

More About the United Arab Emirates

The United Arab Emirates became a group of seven territories on the 2nd of December, 1971. The territories that comprise the federation are Umm al-Quwain, Ajman, Fujairah, Ras al-Khaimah, Dubai, Sharjah, and Abu Dhabi (which is the capital). Each territory is specifically governed by a ruler that formed the Federal Supreme Council. The ruler of Abu Dhabi, (Khalifa bin Zayed Al Nahyan) is the current president of the United Arab Emirates.

The UAE is strictly an Islamic country with Arabic as the official language spoken. English is also widely spoken in the country and is regarded as the language of business and education, and this is particularly true in Dubai and Abu Dhabi. Hindi and Urdu are also widely spoken throughout the Emirates. In terms of communication, having United Arab Emirates local numbers will allow you to connect with the local population easily, regardless of your location.

The country has a very strong, vibrant economy which is diversified but still largely dependent on oil. It has the seventh-largest oil deposit in the world. The revenue generated from oil and gas production has played a tremendous role in the development of the UAE as it is seen today.

UAE occupies a region in the Middle East that borders the Persian Gulf and the Gulf of Oman. It is located between Oman and Saudi Arabia. The country occupies an area that plays a vital role as a transit point for the world’s crude oil distribution. To the west, south, and southeast is the Saudi Arabian border, stretching 530 kilometers, while Oman stretches 450 kilometers to southeast and northeast within the country.

UAE has the 7th largest oil reserves in the world while it’s natural gas reserves are the 17th largest in the world. A large amount of the UAE’s development is achieved from oil and gas production revenue since oil was first discovered. Most of the oil revenue was used to develop infrastructure, education, and healthcare.

The UAE economy is considered as the most diversified in the Gulf region, with Dubai being the principal city and financial capital as well as an aviation hub. Because of the growth the nation has seen, along with the economic prevalence, having local United Arab Emirates virtual numbers will allow you to take advantage of the many business opportunities that are possible.

As much as the UAE is solely dependent on oil and gas production, Dubai is the exception as it has successfully shifted its policy away from oil reliance. This also is because it has the smallest oil reserves. As a result, however, it has positioned Dubai to become the designated tourist capital of the Middle East. Dubai ranks as the world’s fifth most popular tourist destination. Dubai accounts for up to 66% of UAE’s tourism economy, while Abu Dhabi contributes 16% and Sharjah at 10%. In terms of infrastructure in the Middle East, the UAE is the most advanced nation in the region.