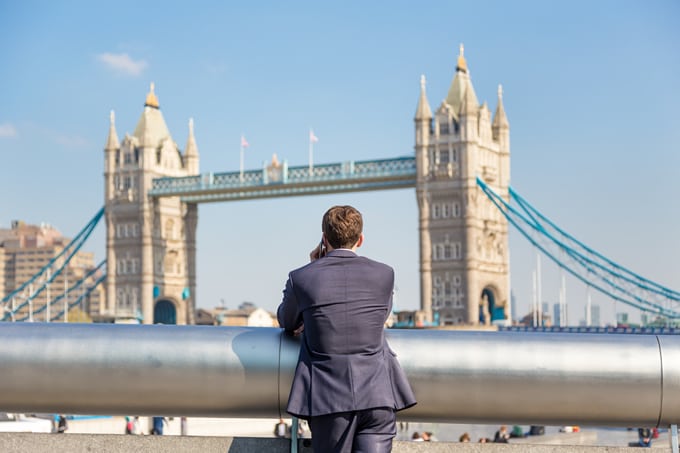 It can be difficult to do business in a competitive marketplace like the United Kingdom. Hundreds of thousands of businesses currently operate in the UK, and thousands more open up shop every year. A business looking to expand to the UK may face challenges. One of the first things a business should do is get a toll free or local phone number in the UK.

Global Call Forwarding helps businesses become accessible to callers in the United Kingdom with local phone numbers. It is important for a business to establish lines of communication between the company, consumers, and contacts. UK local numbers can provide a solid foundation for marketing and communication.

Let’s take a look at the economic climate and markets in the UK:

Doing Business in the United Kingdom

The UK has an active economy that has undergone its fair share of ups and downs over the past several decades. The government is ruled by Parliament and headed by the Prime Minister and the Queen of England. The government works together to establish labor laws, handle unemployment, decide on investments, and govern the working class.

Since the 1980s, the United Kingdom has experienced steady economy growth. Sectors such as the service industry, manufacturing, and construction continue to dominate the local economy. The past 10 years have brought some harrowing pitfalls thanks to a destabilized world economy, but the economy of the UK is steadily recovering.

The UK has been the head of European financial institutions for most of its history, with London continuing to be home to the world’s largest banks and financial institutions to this day. However, that may be changing thanks to the UK’s decision to leave the European Union. Announced early in 2016, the Brexit will affect both the British people and European countries. The UK spends a significant amount of money as an EU member, which obviously will change once this becomes law.

Despite its challenges, the UK continues to be the fifth largest national economy in the world. Financial sectors, aerospace, and the pharmaceutical industry continue to dominate the economy and play a significant role in making it a haven for businesses both new and established.

How to Use UK Local Phone Numbers for Business?

UK virtual numbers are telephone numbers (either local or toll free) that have no direct telephone line associated with them. The virtual number subscriber can be located anywhere in the world while managing a virtual presence with a call forwarding service in the UK. Virtual numbers can make a business more accessible because they are free to call from within the UK.

Local numbers can be set up to forward calls to a destination apart from the telephone line. They are essentially virtual numbers controlled by an online control panel. The user can be located anywhere in the world, and manage their virtual presence with a call forwarding service.

Local phone numbers can be optimized for marketing purposes as well, wherein a company selects a vanity number (i.e. 1-800-FLOWERS) to represent their company. UK local numbers also correspond with specific regions in the United Kingdom, allowing businesses to fine tune their number for accessibility and marketing.

UK phone numbers can benefit any business, whether they are opening a call center offshore specifically for UK based customers, or attempting to market a newly opened business.

Two of the most important benefits of UK local phone numbers are better marketing and accessibility. Other benefits of using UK local numbers include affordability, flexibility, and familiarity.

Affordable rates allow businesses to easily set up their company even if they don’t have a specific physical location as of yet. This cuts out red tape and legal concerns and enables customers and contacts in the UK to easily communicate with the business.

Local phone numbers give flexibility to businesses. Rather than being tied to a particular location, users can manage their phone service and run a business from anywhere in the world.

Familiarity is equally important. Customers appreciate and seek out local businesses, and local phone numbers create an instant connection that attracts consumers. Even if a business is located offshore, eliminating complex foreign dialing codes contributes to a greater sense of customer service.

Global Call Forwarding’s local phone numbers come with a host of advanced features to complement our call forwarding service. The more than 15 advanced features can be managed from an easy-to-use online control panel. We also offer 24/7 customer support.

Jumping into the UK marketplace can be a daunting task, but with the right plan and communication options, the process grows increasingly easier.