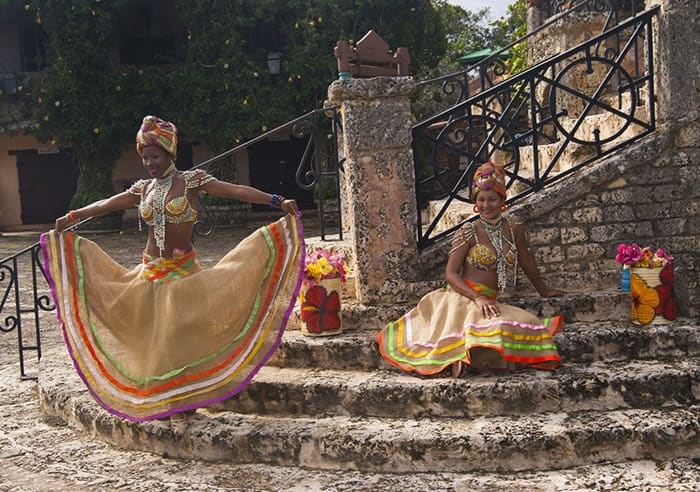 If you’re ready to grow your business in a foreign market, the Dominican Republic might be the right international market for your company, and using Dominican Republic virtual phone numbers is one of the easiest and most efficient ways to do so. The rapidly developing country of the Dominican Republic offers many unique opportunities for doing foreign business. Don’t find yourself losing out to the competition for not tapping into this ever-advancing market.

The Dominican Republic has the largest economy of all Caribbean and Central American countries according to the World Bank. This upper-middle income country has been developing at a rapid rate for the past two decades and will most likely continue its quick rise to the top. The reasons for this upsurge in development is due to the introduction of multiple service industries, including manufacturing, tourism, finance, and telecommunications. Previously, the country’s economy was mainly controlled by the exporting of agriculture, and although agricultural exports are still a high priority for the country, they are no longer dependent on this industry exclusively as their only means of service.

The national currency for the Dominican Republic is the peso. The peso has jumped up and down in its exchange rates, but it usually hovers between 30-50 pesos per American dollar. As previously mentioned, tourism is a huge industry for the Dominican Republic as it is the top destination in the Caribbean with 5.6 million people visiting in 2015. It is no wonder that this country in the Caribbean attracts so many tourists. Attractions such as Pico Duarte, which is the tallest mountain peak, the pristine beaches, lush rainforest, and the resorts and golf courses make it a luxurious and fascinating country to experience. Plus, the pleasing temperature, which averages to be about 78.8 degrees Fahrenheit, is its own delight.

You can get different types of Dominican Republic phone numbers for your business. Global Call Forwarding offers:

Benefits of Using a Dominican Republic Number for Business

Why should your business buy a Dominican Republic phone number?

With a Dominican Republic virtual number, you can:

How Much Does a Dominican Republic Virtual Number Cost?

How to Get a Dominican Republic Phone Number?

You can buy a Dominican Republic phone number from Global Call Forwarding in two ways:

With Dominican Republic VoIP numbers, you can enter this booming economy and increase your business’ sales and global coverage. To learn more, speak with representatives today!

Communications in The Dominican Republic

If you are considering purchasing Dominican Republic virtual numbers, using them may prove very successful. The telecommunications infrastructure is extremely well-developed in the Dominican Republic because of the wide-ranging landline and cell phone services. This is great news for anyone doing business there because being able to get in contact with your customers helps develop trust in the relationship between customer and company.

Dominican Republic virtual phone numbers from Global Call Forwarding also come with amazing features like customized voicemail greetings and SMS capabilities, which are perfect for the Dominican Republic because they are one of the only Caribbean countries to have 4G LTE wireless service. Since Global Call Forwarding specializes in international phone calling, the quality of the call is always first-rate.

The population of the Dominican Republic is very racially diverse; 73% of the population is racially mixed with white, black, and Asian ancestry. The populace is Spanish-speaking, but their variation of the language has been dubbed Dominican-Spanish because it borrows words from indigenous Caribbean languages. Learning both English and French is mandatory in schools, however, these students are rarely successful in becoming bilingual or trilingual because of the poor education. Overall, the Dominican Republic ranks 2nd in Latin America for English proficiency.

The Dominican Republic is a democratic republic, which means that the people vote for a president and vice president on the same ticket for a 4-year term just as the United States does. They also have a congress, a senate and a Supreme Court of Justice. There are three major parties in the Dominican Republic and these are also very similar to the parties of the United States. There is the Social Christian Reformist Party which is also known as the conservative party, the Dominican Revolutionary Party which could be compared to an Independent in the US with a tendency towards liberal social ideals, and the Dominican Liberation Party which was seen as a “left-leaning” party, but has recently gravitated to a more centrist viewpoint.

Perhaps because of the similar party system in place, the Dominican Republic maintains a very friendly relationship with the United States, which makes it an ideal nation to do business with if you are considering expanding into the Caribbean. They also boast superb relations with Puerto Rico and several Central American countries such as El Salvador and Guatemala because of the Free Trade Agreement. Having Dominican Republic virtual phone numbers gives you an easy in without having to setup a physical office immediately.

If you are considering entering this exciting and prosperous market in the Caribbean, with excellent ties to both the US and Central and Latin America, get Dominican Republic virtual phone numbers from Global Call Forwarding. They are affordable and highly versatile, which works to your business’s advantage in so many ways.