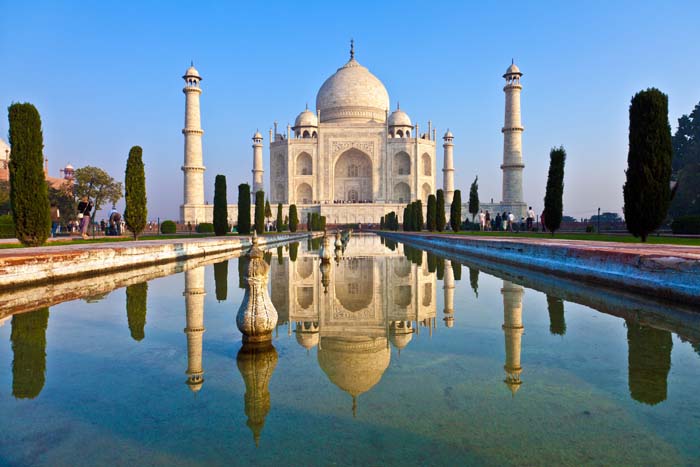 The Republic of India is located at the southern tip of the Indian subcontinent of Asia. It lies between the Arabian Sea to the west and the Bay of Bengal to the east. India achieved independence from Great Britain on August 15, 1947. Republic Day, a national holiday, commemorates the completion of the Indian Constitution, which became effective on January 26, 1950.

India is a federal parliamentary republic. Its capital is New Delhi. India’s administrative divisions include 29 states and union territories. The basis of the legal system is common law per the English model. There is judicial review of legislative acts, and personal law codes apply to Muslims, Christians, and Hindus.

Citizenship is by descent with at least one parent being an Indian citizen, and the residency requirement for naturalization is five years. Dual citizenship is not recognized. Universal suffrage is 18 years of age.

The chief of state is President Ram Nath Kovind, and the Vice President is M Venkaiah Naidu. The head of government is Prime Minister Narendra Modi. The president appoints the cabinet, the Union Council of Ministers, based on recommendations by the prime minister. An electoral college, consisting of elected members of both houses of Parliament and state legislatures, elect the president and vice president to 5-year terms. After legislative elections, parliamentary members of the majority party elect the prime minister.

The highest court is the Supreme Court, which has a chief justice and 25 associate justices. The president appoints justices to serve life terms until age 65. Subordinate courts include High Courts, District Courts, and Labour Court.

In 2017, the Gross Domestic Product (GDP) at purchasing power parity was $9.447 trillion or $7,200 per capita. The unemployment rate was 8.8%. Exports were $299.3 billion, and exported commodities included apparel, cereals, chemicals, iron and steel, machinery, petroleum products, pharmaceutical products, precious stones, and vehicles. In 2016, major export partners include US (16%), UAE (11.7%), and Hong Kong (5.1%).

Imports were $426.8 billion, and import commodities were chemicals, crude oil, fertilizer, iron and steel, machinery, plastics, and precious stones. In 2016, major import partners included China (17%), US (5.8%), UAE (5.4%), Saudi Arabia (5.2%), and Switzerland (4.2%). Despite some long-term challenges, the outlook for long-term growth is positive because of the following:

The following attractions received large numbers of excellent ratings submitted to Trip Advisor (www.tripadvisor.com). These are only five of the many popular tourist attractions in India.

The Taj Mahal is an ivory-white marble mausoleum in Agra, Uttar Pradesh, India. In 1632, the Mughal emperor, Shah Jahan, commissioned its construction to house the tomb of his favorite wife, Mumtaz Mahal. The dome over the tomb is the dominating feature, and four minarets frame the tomb. The website is https://www.tajmahal.gov.in/.

Harmandir Sahib, also known as Golden Temple, is located in Amritsar, Punjab, India. It is the holiest pilgrimage site of Sikhism. Completed in 1577, it is an open house of worship for people of all faiths.

Amber Fort is the principal tourist attraction in Amer, Rajasthan, India. Constructed in 1592, it features the artistic Hindu Style with large ramparts, gates, and cobbled paths. It overlooks Maota Lake.

The Bandra-Worli Sea Link is a causeway that links Bandra, a western suburb of Mumbai, with Worli in south Mumbai. The link is 5.6 km long and carries four lanes of traffic in each direction. Northern and southern viaducts are on either side of the central cable-stayed spans.

The Ellora Caves, a UNESCO World Heritage Site, are located in Maharashtra, India. The site is a large, rock-cut, monastery-temple cave complex with Buddhist, Hindu, and Jain monuments and artwork that date from 600 to 1000 CE.

Global Call Forwarding is a provider of India virtual phone numbers and India toll free numbers with SMS and Email capabilities. Many other features include ringback and call recording to assist you and your business in establishing a solid means of communication.