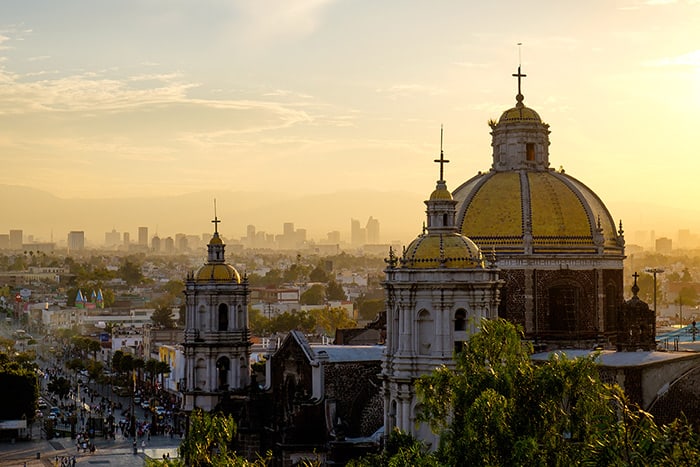 Facts About the Country of Mexico

As of 2016, 127.5 million people live in the Estados Únidos Mexicanos, or the Mexican United States. There are many different geographical regions in this country, especially for those who want a good view of the magnificent coastlines. Since Mexico is home to 6,000 miles of coast, spanning from the Gulf of Mexico to the Pacific Ocean, there is an endless abundance of spectacular sights.

While the northern part of Mexico does not have any major businesses or industries, the country has instead focused on preserving the natural beauty of the area. Here you will find nature preserves and plenty of room for people to explore the land. Central Mexico is a plateau landscape with mountain ranges that run from the northern parts of the country to the south. This is where Mexico City is situated, as well as smaller towns that offer the perfect settings to dive into this country’s distinct culture. Finally, southern Mexico is home to mangrove forests, marshes, and jungles, as well as the sea coast.

Mexico has many types of destination areas and not just those that present the nation’s natural beauty. The port city of Acapulco is famous for its nightlife and the celebrities who frequently visit. Top beach resorts and nightclubs are only the beginning! Acapulco is a popular Spring Break vacation spot, where throngs of college students visit every year to hang out on the beaches and go cliff diving with their friends.

The flag of Mexico has three stripes, green, white, and red, which symbolize hope, purity, and the blood that was shed for their independence. The coat of arms presents a picture of a golden eagle on a cactus, eating a rattlesnake.

You may have heard of the Pico de Orizaba, reaching more than 18,400 feet above sea level, it is the third highest peak in North America. It is a dormant volcano that has not erupted since the 1500s. The first ascent up this peak was recorded in the year 1848. The Pico de Orizaba is also quite visible from the Gulf of Mexico on a clear day. Though it is not necessarily difficult to climb, Orizaba may have a negative impact on climbers who aren’t used to high altitudes.

Mexico City is the capital of Mexico, and it is the sixth largest city in the world. Millions of people live in this city that was first founded in the 1300s, presumably by the Aztec Empire. Mexico City is also home to the National Museum of Anthropology. Here you can learn more about Mexico’s storied past and view artifacts that are hundreds of years old.

Tourists love flocking to resorts on the Gulf of Mexico, to visit places such as Cancún, Tulum, Cozumel, and Playa del Carmen. Mexico’s tourist industry heavily relies on these areas due to the beautiful clear waters and aquatic activities such as snorkeling and scuba diving that bring in the visitors. Lucky tourists are known to see and swim with wild dolphins, stingrays, and even whale sharks at a close distance!

Chichen Itza in the Yucatan is an ancient historic site that is favored by visitors. This structure dates all the way back to the 6th century. It is a Mayan Pyramid with four faces and 365 steps that reach to the sky.

Today, Mexicans come from a blend of civilizations. These people are descendants of the Aztec, Olmec, Maya, Toltec, and Teotihuacan cultures. All of these people had a great influence on today’s art, religion, and even politics in present-day Mexico.

The family is an incredibly important foundation in Mexican culture. Usually, family members have a strong bond and are involved in each others’ day to day life. Parents and grandparents of the family are usually treated with much respect. Mexican families celebrate a tradition known as the quinceañera, a birthday celebration for young women who turn 15 years old. This big event is an indication of a girl transitioning to “womanhood.” These parties are large and include food, drinks, dancing, and other festivities that last long into the night, as they mark the most anticipated day in a young girl’s life.

Traditionally-made Mexican food is celebrated throughout the world, and it famed for its range of spices and unique flavors. Many other countries recognize and attempt to imitate dishes such as enchiladas, tostadas, and tamales. Tamales consist of dough made from corn that is filled with either meat, cheese, vegetables, or various other types of food. They are wrapped in either cornhusks or banana leaves, and then they are steamed before being eaten. This dish dates back to the ancient times of the Inca and Mayan tribes. Other staples of Mexican cuisine are tomatoes, avocados, beans, and maize, or corn. Cooking methods involve heating dishes over an open fire, steaming, or frying.

Finally, Mexico has always been home to great artists, such as Frida Kahlo and Diego Rivera. Frida Kahlo is more known for her surrealist style and self-portraits, while Diego Rivera painted murals in Mexico City. Mexican art culture can be traced all the way back to the Aztecs, who frequently had themes of religion, mythology, and skulls incorporated into their work.

Global Call Forwarding is a provider of Mexico virtual phone numbers and Mexico toll free numbers with SMS and Email capabilities. Many other features include ringback and call recording to assist you and your business in establishing a solid means of communication.