The 973 area code serves the state of New Jersey within the United States. It was created in 1997 when the 201 area code was split and was intended to be a long-term solution. Currently, the 973 code covers major counties and cities for this state. 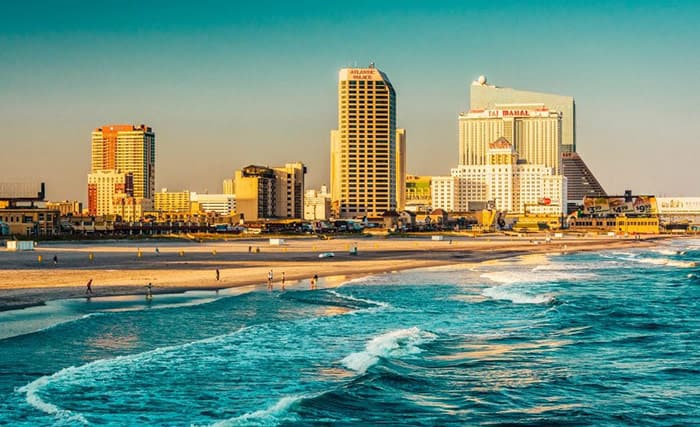 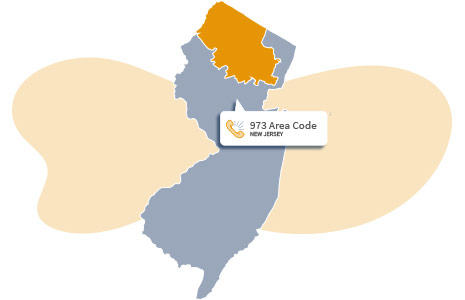 The state of New Jersey is located in the Northeastern United States. The state shares its north and east border with the state of New York. And has Pennsylvania on its west and Delaware on its southwest. A 973 area code number covers several counties and key New Jersey cities. These include Clifton, Dover, East Orange, Montclair, Morristown, Newark, Parsippany, Paterson, and more. Its biggest and most populous city is Newark, situated in Essex County, northeast New Jersey. Leading companies like Panasonic Corporation, IDT Corporation, and Audible.com have headquarters in this city.

The United States is divided into different time zones based on different states’ and cities’ geographical locations. The East Coast follows Eastern Standard Time (EST) and this time zone is five hours behind the Coordinated Universal Time (UTC). So, in the fall and winter months (November to March), New Jersey follows UTC/GMT–5. However, from March to November, the country observes Daylight Savings Time (DST). During this time, the 973 area code follows UTC/GMT–4.

Do You Need a 973 Area Code Phone Number to Do Business in New Jersey?

Having a local area code number gives you a local presence within the state, even if you are physically located somewhere else. With a 973 area code virtual phone number, you can forward incoming calls to another phone number in another location. And this location can be anywhere in the world. This gives you the opportunity to tap into the New Jersey market and conduct business without the hassle of being physically present. You can easily set up a virtual office and be in touch with clients through an area code they recognize and trust.

Should You Expand Your Small Business to New Jersey?

The main reason that your business may want to get a 973 area code is to gain access to new entrepreneurial activities in northern New Jersey. But that’s not it. You can also be a step closer to the lucrative markets of New York City and its five boroughs: The Bronx, Brooklyn, Manhattan, Staten Island, and Queens. Additionally, small businesses make up 99% of the Garden State’s businesses and employ over 1.8 million workers. Small businesses have been an essential component of the state’s economy and continue to boost it.

New Jersey: A Place of History, Entertainment, and Pork Rolls

New Jersey has been the location for many major events in the course of history. The Revolutionary War was fought and won here, largely. This led to its nickname the “Crossroads of the Revolution.” Additionally, Thomas Edison invented the electric light bulb here in his labs at Menlo Park and West Orange.

That’s not all, the state is a popular tourist draw because it wonderfully blends outdoor recreation, entertainment, slow beach scenes, and colonial infrastructure. And it has all of this within a 2-hour drive. Tourists come flocking for the national parks, Atlantic City, the Six Flags amusement park, the urban city scene, and Princeton University.

Most people who are raised in New Jersey will let you know how much they miss the bagels and pizzas they grew up eating after leaving their home state. New Jersey residents love their diners, bagel shops, and pork rolls, often confirming the stereotypes; but if you’ve ever lived there, you understand the allure. Additionally, the state does boast a diverse range of restaurants and international cuisine to satisfy every palate.

The 973 area code serves many counties and cities in the state of New Jersey. Major regions that come under this area code include Clifton, Dover, East Orange, Montclair, Morristown, Newark, Parsippany, Paterson.

Since a 973 area code covers major areas in New Jersey, getting a business phone number with this area code lets you enter your business in the New Jersey market, irrespective of where your business originated or is located.

Global Call Forwarding offers local phone numbers for many regions and countries around the world. You can easily get a 973 area code number by signing up on our website!