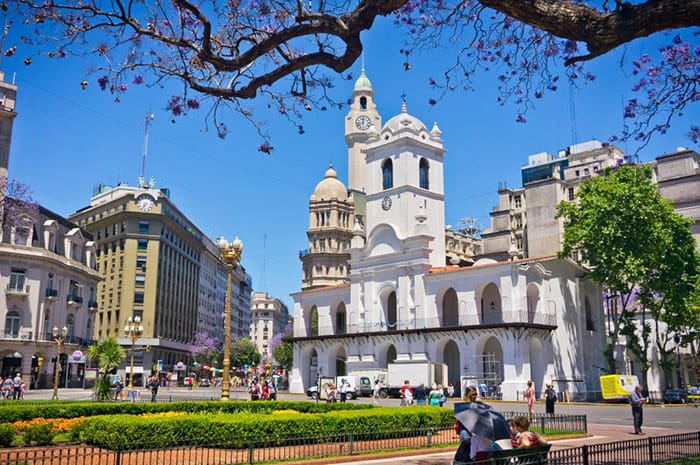 The Argentine economy is a high-income one and it is South America’s 3rd largest. The country is bestowed with a huge amount of minerals, a high literacy rate, a dynamic export-centric agricultural sector, and a diverse industrial base.

However, the country’s economic stability has been rather shaky historically, with periods of high growth followed by severe recession.

Argentina still maintains a relatively high quality of life and a high per capita GDP. It’s an emerging market and it is also acknowledged as a major G-20 economy. Its economic growth is predicted to strongly rebound this year and in 2018, as reforms have been implemented recently in the labor and product markets to gain traction, and exports are strengthening. Investment too, is expected to spiral positively because of an improved business climate and infrastructural development.

Inflation, however, continues to remain high, but it is also expected to decrease as the government’s monetary policy remains restrictive, administrative price effects increase, and the peso’s depreciation wears off. This strong growth is also expected reduce unemployment gradually.

Argentina’s economy had started becoming increasingly isolated due to trade barriers that were set up in the past. On the positive, though, these are being eliminated gradually. Moreover, with the improvement of active policies pertaining to the national labor market, and as training is being offered to substantially help workers adjust to this changing economy, it is increasing national productivity as well.

The main advantage of having Argentina local phone numbers is that your customers from anywhere the world over can reach you easily and without any hassles. In other words, you are perpetually reachable, no matter where you are or what time of the day or night it is. The process of getting local business numbers too, is simple. Here’s how:

Locate a suitable service provider’s website, such as GlobalCallForwarding.com

Among the many benefits is a very flexible signup, with no long-term commitments locking you into the service. You are free to cancel any time you want.

Argentine area codes are 2, 3, or 4 digits long after an initial zero. Local numbers are 6 to 8 numbers long. The total number of digits is 10.

For instance, a phone number, (11) 1234-5678 in Buenos Aires is comprised of a 2-digit number as an area code, followed by an 8-digit number for the subscriber. However, in other locales, number sequences are slightly different. (383) 123-4567 is an example of a number in Catamarca. Notice the 3-digit area code and the 7-digit number.

Argentina local phone numbers usually have six, seven or even eight digits and this depends on their location. Most numbers in Buenos Aires are comprised of 8 digits; cities belonging to the second-tier have 7 digit numbers while remaining smaller cities and towns have six digits.

Argentina local phone numbers begin generally with 4, although recently new numbers with 2, 3, 5, 6, and even 7 as the first digit have been issued. Argentine mobile numbers are assigned similar codes for geographic areas as fixed lines. This is usually according to a subscriber’s residence or their choice, and may be six, seven, or eight digits long, just like landline numbers. The only difference that exists with landline numbers is that the prefix 15 needs to be dialed. In order to call a local mobile number, dial 15 first and then the subscriber number. In order to call mobile phones in a separate area code, dial the area code first, followed by the prefix of 15 and then the number. For instance, to place a call from Buenos Aires to Mar del Plata, you need to dial 0 223 15 and then the 7-digit number. Here, 0 happens to be the trunk code and the area code for Mar del Plata is 223.

Your local business number will come through a virtual PBX or voice menu. This is a communication system that handles incoming and outgoing calls, voicemail, extensions, fax and other allied telecommunication services for a business entity. It’s a virtual system as services are handled through the Internet, eliminating the installation and maintenance of costly on-site hardware.

The telephone system, which works with a handset, will be connected to your business’s designated IP network, and this will give you instant access to the cloud system, even if you’re located globally. This solution suits any business and connects one site to all your offices in multiple sites. What makes it more attractive is the fact that free calling attracts customers while also giving you the ability to appear as if you have offices abroad, whether or not you actually do.

When you set up your Argentina local phone numbers, calls for Argentina local phone numbers will be answered in the country of your choice, or simply transferred to any other destination using a platform for online call management. This makes having and using these numbers ideal for global/ multilingual call centers because they are affordable, and they eliminate the need for a variety of overhead costs that come with having multiple and/ or international offices.