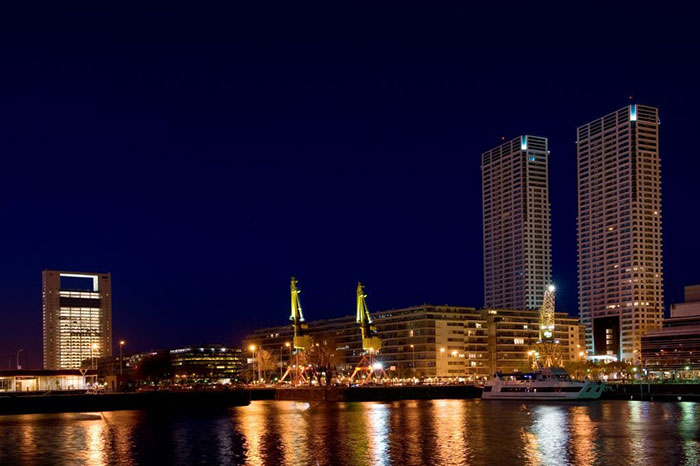 Buenos Aires has also been home to major sporting events such as the Pan American Games, the FIFA World Cup, and in 2018 it will host the G20 Summit and the Summer Youth Olympics – all events that draw in thousands of tourists and millions in revenue.

As a city with so much to offer, it is definitely worth it to look further into the Buenos Aires business climate. The city’s GDP totals $84.7 billion, and it is the 13th largest economy in the world.

You can get different types of Buenos Aires phone numbers for your business. Global Call Forwarding offers:

The country code for Buenos Aires is (+54). The Buenos Aires phone number format includes the trunk code (0), the toll free or area code, and the 7-digit subscriber number:

Benefits of Using a Buenos Aires Number for Business

Why should your business buy a Buenos Aires phone number?

With a Buenos Aires virtual number, you can:

How Much Does a Buenos Aires Virtual Number Cost?

How to Get a Buenos Aires Phone Number?

You can buy a Buenos Aires phone number from Global Call Forwarding in two ways:

With Buenos Aires VoIP numbers, you can enter this booming economy and increase your business’ sales and global coverage. To learn more, speak with representatives today!

What is a Buenos Aires Virtual Phone Number?

The benefit of a Buenos Aires phone number is that it will allow you to conduct business in Buenos Aires without having to have a physical presence in the city. Having a number that looks like it comes from Buenos Aires allows for easier communication with locals, fostering the relationships you need to be successful in this market.

Before deciding to conduct business in Buenos Aires, remember that most people in the city speak primarily Spanish. Although, as a city that includes people from many ethnic backgrounds and a large population of immigrants, there are a number of other languages that commonly spoken. If you speak both Spanish and English however, you should easily be able to communicate with most people in the city.

The largest industries in Buenos Aires are arts, agriculture, and industry. Additionally, Buenos Aires is home to the largest port in South America, making it an ideal location for any business that has a need for shipping. Having Buenos Aires virtual phone numbers will help you a great deal when expanding your business into this market.

The arts in Buenos Aires are unrivaled. With a rich history of its own, the art scene in Buenos Aires has been enhanced by waves of immigrants adding their own cultural influence to the city’s artistic background. There are small, niche museums to satisfy a craving for the unique, and there are world-class art museums that hold some of the world’s most famous pieces.

With more bookstores per capita than any other city in the world, Buenos Aires is known for its love of great literature. Having a Buenos Aires virtual phone number will give you the best chance at breaking into this market. Also keep in mind the rich music, cinema, and fashion industries. From The World Tango dance tournament to Buenos Aires Fashion Week, the city attracts spectators along with excellent boosting of the local economy.

Just outside the city center is an area known for its heavy agriculture production. The city is known for its refrigorificos – massive meatpacking plants, which originated back in the 19th century and are still in heavy use today. Meat, dairy, grain, tobacco, wool, and leather are the primary goods that come from this area. If you have a business and you think it would make financial sense to try to enter the Buenos Aires agricultural market, your Buenos Aires virtual numbers will make it far easier to connect with the right people.

Industry includes auto manufacturing, oil refining, metalworking, machine-building and the production of textiles, chemicals, clothing, and beverages. Together, these industries make up a substantial share of the city’s profits and jobs. If you own a business that you think would be successful in any of these industries, you can use your Buenos Aires virtual number to find your place in the market.

While industries are large and growing, Buenos Aires is now looking to make changes to accommodate client needs. These aspects may include expansion plans, using new technologies, or adopting new industries altogether. If you feel you can help the growth and forward momentum of these industries, you can buy Buenos Aires virtual phone numbers and begin the process of establishing a virtual presence in the city of Buenos Aires today!