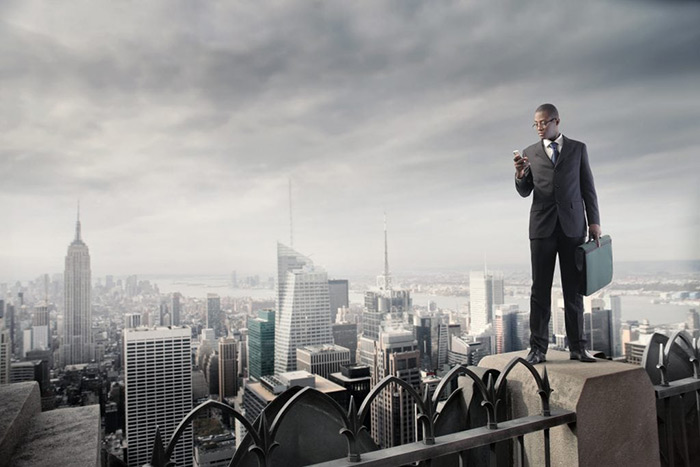 When a company buys a New York local phone number from Global Call Forwarding (GCF), it is actually buying a New York virtual phone system. First, your customer dials your New York local phone number (i.e., your New York virtual phone system). Then, GCF forwards that call to your phone anywhere in the world. Finally, you answer the call, either directly, with a customized voice response, with the Interactive Voice Response (IVR) feature, or with the Private Branch Exchange (PBX) feature.

The telephone exchange that serves the destination number usually provides a signal tone heard by the caller. However, since you have a virtual office in New York, you can set a North American standard ringback tone. You also have the ability to forward calls to multiple numbers simultaneously. In that instance, the first person to pick up receives the call. Subscribers can also set time-of-day, day-of-week routing for servicing calls by different call centers. In addition, advanced IVR features are available to handle complex business needs.

Since the City of New York is the most populous city in the state, it is a popular locale for New York Virtual Phone Systems. Select this link to get more information on City of New York virtual phone systems.

Long Island is a densely populated island running in an ENE direction from Manhattan into the Atlantic Ocean. There are four counties on Long Island: Kings (Brooklyn, a borough of New York City), Queens (Queens, also a borough of New York City), Nassau, and Suffolk. The latter two counties are suburban in nature. In 2015, the population of Long Island was 7,838,722 with Nassau and Suffolk counties having greater than 2.8 million residents.

Buffalo is located on the eastern shore of Lake Erie, 50 miles south-southeast of Toronto, Canada. Based on 2016 estimates, it has a population of 256,902 whereas the Buffalo–Niagara Falls metropolitan area had 1,135,509 residents based on the 2010 US Census.

The State of New York is Buffalo’s largest employer with 15,000 jobs. The two largest private employers are Kaleida Health and Catholic Health with 10,000 and 7,918 jobs, respectively. In 2017, Tesla opened Gigafactory 2 for the mass production of solar cells and photovoltaic modules in Buffalo. Panasonic is a partner in the venture. The State of New York owns the plant and leases it to SolarCity, a Tesla subsidiary.

Rochester is located on the southern shore of Lake Ontario. It is the third largest city in New York State with an estimated 2012 population of 210,000 residents and a 1.1 million person metropolitan area. Rochester arose as a manufacturing hub. It has become a site of many inventions and innovations due to renowned research programs at the University of Rochester and the Rochester Institute of Technology. It is also the birthplace of Kodak, Western Union, Bausch & Lomb, Gleason, and Xerox. Rochester’s website is “https://www.cityofrochester.gov/”. Rochester, New York virtual phone systems have a 585 area code.

According to the 2010 US Census, Syracuse had a population of 145,252 residents and its metropolitan area, 662,577 residents. It is the economic and cultural hub of the Central New York Region. Syracuse is the home of the following colleges and universities:

Onondaga Community College in the adjacent Town of Onondaga

Three outdoor festivals in Syracuse are the Syracuse Jazz Festival, the Polish Festival, and the CNY Jazz Arts Foundation’s Jazz in the Square Festival. Syracuse has a service-based economy. Syracuse’s website is “https://www.visitsyracuse.com/” and Syracuse, New York virtual phone systems have either 315 or 680 area codes.

Albany is the capital of New York State. It sits 150 miles north of New York City and 10 miles south of the confluence of the Mohawk and Hudson Rivers. Its population was 97,856 according to the 2010 US Census.

The Capital District, or Capital Region, includes the cities of Albany, Saratoga Springs, Schenectady, and Troy and their metropolitan areas. Per 2013 US Census estimates, the population of the Capital District was 1,170,483 residents.