The 201 area code, brought into effect by AT&T in 1947, was the first area code introduced from the North American Numbering Plan (NANP). In fact, this area code was also the first Direct Distance Dialing number and could place a call all the way to Alameda, California. Now, this code serves the state of New Jersey in the United States. 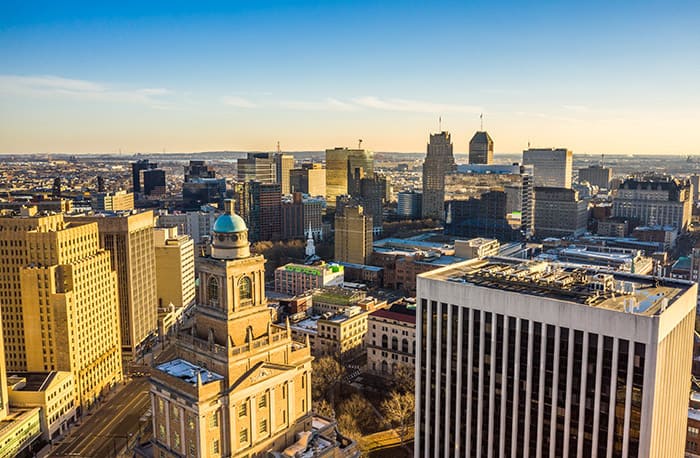 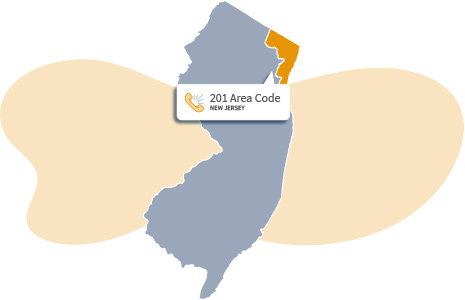 New Jersey sits on the East Coast of the United States and shares borders with New York, Pennsylvania, and Delaware. Area code 201 is the most popular area code for Jersey City and the Hudson and Bergen counties of the Garden State. The area code originally covered all of New Jersey, but because of the rising population, it was redistributed to serve only the Northernmost parts of the state. Popular cities under this area code are: Jersey City, Union City, West New York, North Bergen, and Hoboken.

The United States is spread across different time zones. So, one must be aware of what time zone a city or state is in when conducting business there. Since the state of New Jersey falls on the East Coast of the U.S., it observes Eastern Standard Time (EST). And this time zone functions five hours behind the Coordinated Universal Time (UTC). Therefore, area code 201 follows UTC–5 from November to March. And then, from March to November, it switches to Daylight Savings Time (DST), which is UTC–4.

What Can a 201 Area Code Local Phone Number Do For Your Business?

New Jersey is one of US phone number with a 201 area code is very useful for international or long-distance companies to participate in this booming economy. Your business can connect with local clients and customers, and gain sales from yet another state. And with a local phone number, you can redirect incoming calls to reach your personal or office line without paying high international calling charges..

There are several different industries that keep New Jersey’s economy flourishing. These include large pharmaceutical, finance, telecommunications, publishing, agriculture, and tourism industries. Additionally, the Port of New York and New Jersey is the busiest port on the East Coast, and the Newark-Elizabeth Marine Terminal has one of the world’s largest container ports. New Jersey’s strategic positioning near two large bodies of water makes it the perfect location for shipping and tourism. And since New Jersey’s population is very well-educated, the state has a highly skilled and equipped labor force.

New Jersey often gets a bad rap and seems to be the punchline of many jokes. However, the state is actually a lovely and prosperous place to live in. Many states in the Mid-Atlantic boast high median incomes and New Jersey is no exception. It is one of the wealthiest cities, with some of the highest education rates, cleanest beaches, and picturesque state parks. On the Jersey Shore, you will find multiple seaside resorts and casinos, including the infamous Atlantic City.

New Jersey has also been home to many well-known musicians and actors and sports teams. The popular crooner, Frank Sinatra was born in Hoboken. Bruce Springsteen and Jon Bon Jovi are also native-born, and have several rock-and-roll hits about living in New Jersey, including “Livin On A Prayer” and “Born to Run.” Dionne Warwick, her cousin Whitney Houston, and the hip-hop trailblazers, Naughty by Nature, were all raised in the neighborhood of East Orange. Incredible acting legends Meryl Streep and Nathan Lane are also among the famous list of New Jerseyans. New Jersey also houses the New Jersey Devils, the New York Red Bulls, and both the New York Jets and New York Giants.

Here is a list of New Jersey Area codes.

The 201 area code is located in the state of New Jeresey, and covers the Northern top part of the state.

If you want to purchase a number with the 201 area code, you can go to a phone service provider such as Global Call Forwarding. If you want your numbers set up as quickly as possible, this company specializes in the best services at the lowest prices.

The 201 area code is located in the Eastern time zone.

New Jersey is one of the wealthiest states in America. And more importantly, the state doesn’t rely on any specific industry to continue its prosperity.