The great Pacific Northwest has a culture of its own and that culture is fueled by its largest city, Seattle. A business phone number with a 206 area code tells the world that your business is a part of this thriving, youthful community. 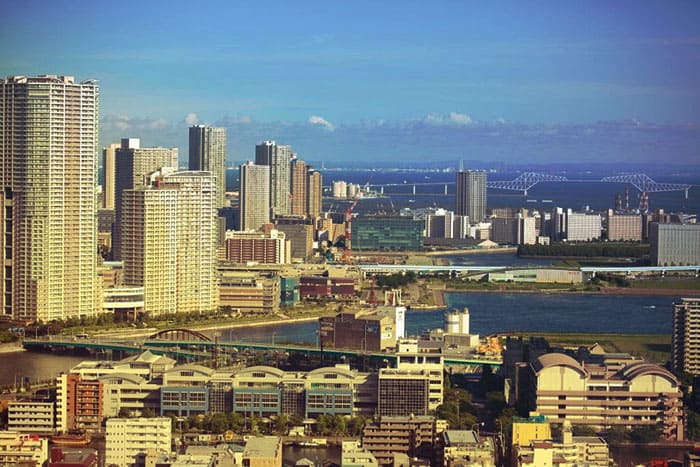 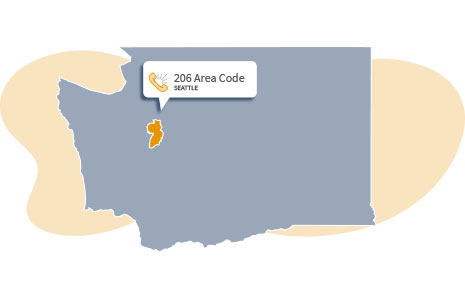 Seattle is a seaport city situated on the West Coast of the U.S. It is the largest city in the state of Washington and generally the Pacific Northwest area. Additionally, major cities like Bellevue, Kirkland, Renton, and Tacoma surround this region. The population of Seattle is highly diverse with Native Americans, Asian Americans, African Americans, and Scandinavians as part of the community. The Seattle-Tacoma International Airport connects this city to countries and states across the world. This city is also home to the famous Space Needle, Sky View Observatory, and the Museum of Pop Culture.

The 206 area code is located in the Pacific time zone. That is, it follows the Pacific Standard Time (PST), also known as America/Los Angeles time, which is 8 hours behind the Greenwich Mean Time (GMT). And so, Seattle, along with the U.S. West Coast observes GMT–8 during the months of November to March. However, from March to November, the country switches to daylight savings time, which for Seattle means Pacific Daylight Time (PDT). And this time zone then works on GMT–7.

Can a 206 Area Code Number Help Your Business?

An area code 206 US phone number tells customers in the region that you are local, even if you aren’t. Because with a local phone number, you can stay in touch with locals without actually physically moving to the city. Additionally, customers living in neighboring areas such as Redmond and Tacoma can also contact you for lesser charges. These numbers are available for your business no matter where you are located, giving you convenient access to this booming market. And therefore, this is a city your business shouldn’t miss out on.

Types of Businesses Found in Seattle

It is important to note that Seattle isn’t just a national business hub. It is also an international one with a large and bustling port bringing in cargo from Asia. This city is the headquarters for Fortune 500 companies like Amazon, Starbucks, and Nordstrom. Outside of Seattle, in Puget Sound, you will find the headquarters of Microsoft, Costco, Nintendo, and T-Mobile. Interestingly, in the 206 area code region, you will find biotechnology companies and clean environment companies. And numerous recreational companies thrive here as well due to the proximity to Mt. Rainer.

Life In The Emerald City

In addition to its rich business environment, Seattle has a thriving and dynamic cultural history. And businesses in these areas are always looking for ways to improve their appearance and expand. 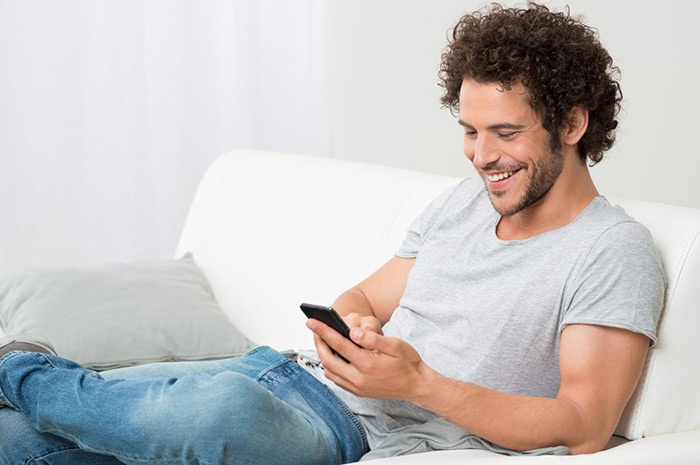 Seattle is well-known for being the birthplace of the 1990’s music genre, Grunge. Groups such as Nirvana, Soundgarden, Alice in Chains, Pearl Jam, and Mudhoney started in Seattle, staking their claim on rock ‘n’ roll history. Other musical talents to arise from here include jazz saxophonist Kenny G, classic rock legends Heart and Queensrÿche, and alternative rock bands like Foo Fighters and Death Cab for Cutie. Many of these bands are still active and touring today.

Ballets, symphonies and Broadway-type theatre shows can be found throughout Seattle. The city hosts a 24-day film festival. Jazz nightclubs abound through the Chinatown district, and the Seattle jazz scene is credited for launching the early careers of icons such as Ray Charles and Quincy Jones.

Music aside, sporting goods businesses thrive here as well. Seattle’s nickname “The Emerald City” comes from the evergreens that surround the area. This gave birth to recreational companies that allow visitors to explore the nearby Mt. Rainer. Seattle boasts a very pleasant climate, despite the city’s well-known rainy disposition. Most consider the rain to be a fact of life, and many view Seattle’s weather as ideal. The area sees relatively few snowstorms and heatwaves in the summer months, where the average daily high is in the temperate 70s.

Area code 206 serves Seattle and follows Pacific time or PST, which is 8 hours behind GMT (GMT–8).

Area code 206 serves one of the largest cities in Washington D.C. With a local 206 phone number, you can tap into the Seattle market and encourage customer calls without physically moving your business there.

You can easily sign up for a 262 area code number with Global Call Forwarding. We offer a variety of business phone numbers for different cities, states, and countries.