Area code 786 came into effect in 1998 to serve the city of Miami, which is the county seat of Miami-Dade County. Miami is considered the financial, cultural, and economic center of South Florida. A local number will place your enterprise in this booming economy and lead you to expand among its customer base. 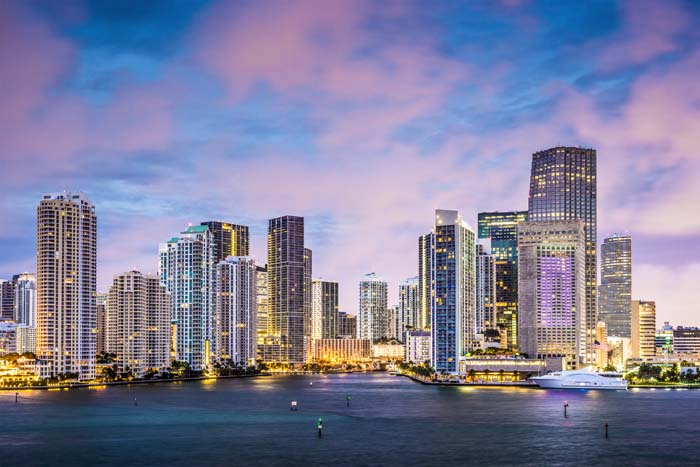 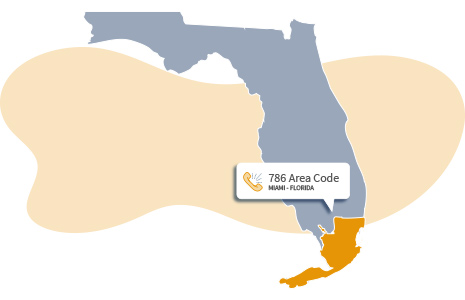 Florida is located on the southeastern end of the United States. 786 area code covers the southern part of the state’s most prosperous area, Miami-Dade County. Major cities that come under this calling code are: Miami, Miami Beach, Coral Gables, Hialeah, Key West, and more. The area code also serves the citizens of Monroe County, the largest county of the state, which consists of the Florida Keys. The Keys are a chain of tropical islands stretching off the southern tip of Florida.

Since the United States is a geographically large country, it is spread across different time zones. These mainly include Eastern Time, Pacific Time, and Mountain Time, among others. Because South Florida lies on the East Coast, it follows Eastern Standard Time (EST). This time runs five hours behind the Coordinated Universal Time (UTC), that is, UTC–5. From March to November, however, the entire country switches to daylight saving time. And so, eastern states observe Eastern Daylight Savings (EDT), which is UTC–4.

Can a 786 Local Number Benefit Your Business?

A US phone number with a 786 area code will help you enter the South Florida market. And it will open a mode of communication with customers from this area. Known as the “cargo gateway” of the Americas, Port of Miami and the Miami International airport function as major entry points for global business. It is a major tourism hub drawing immigrants and visitors with its cruise port, hotels, restaurants, and more. In fact, many people don't know that Miami has the title of the “cruise capital of the world.” Because of these reasons, having a commerce connection with the city can prove beneficial for your enterprise. And a 786 area code number will help achieve that goal.

Miami is a heavily urbanized and modern city boasting high-rise buildings, large corporations, and a central business district. It is a major leader in commerce, finance, media, entertainment, as well as international trade. Furthermore, it was classified as an Alpha-level global city by the Globalization and World Cities Research Network (GaWC). Miami earned this title alongside London, New York, Dubai, and Shanghai because it functions as a major economic state. Greater Downtown Miami is home to one of the largest concentrations of banks from across the world. Some of the other major industries include tourism, biotech and medical research, media and telecommunications, and agriculture, among many more.

South Florida is a state known for its tourism, international business capabilities, and beaches. Often perceived as a vacation state, there is actually so much more to this state that makes it a popular location for business and pleasure.

Miami’s cuisine is as diverse as its population. Here you will find food heavily influenced by Caribbean and Latin American cuisine, inventing a new style of cooking called Floribbean cuisine. That aside, it is home to headquarters of classics like Benihana and Burger King. Museums like HistoryMiami, Institute of Contemporary Art, Pérez Art Museum, and Vizcaya Museum are some of the city’s most visited attractions.

Additionally, Miami is a flourishing agricultural region as well as a major corporate center. The city’s proximity to the Everglades National Park and the Biscayne National Park makes it a wonderful location to learn about and explore South Florida’s unique natural habitats.

If you want to purchase a number with the 786 area code, you can go to a phone services provider such as Global Call Forwarding. If you want your numbers set up as quickly as possible, this company specializes in the best services at the lowest prices.

In 1947, the first area code plan was introduced and the entire state was given the area code of 305. 305 later became the area code for South East Florida. Area code 786 was officially put into service in 1998 and is an overlay of area code 305 covering Miami-Dade County.