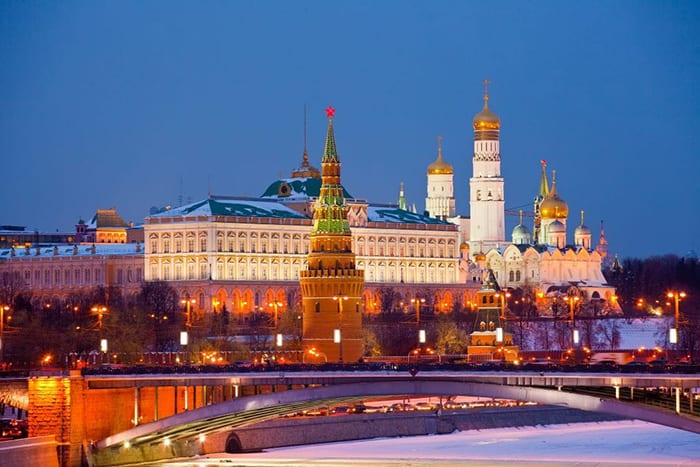 Russia is most famous for being the largest country in the world, covering Eastern Europe and northern Asia. In short, it spans more than one-eighth of the earth’s land area. Aside from that, Russia is also known for its frigid winters, vodka, politics, Vladimir Lenin, Karl Marx, and the Russian ballet.

Russia is bordered by Norway, Poland, Finland, Latvia, Estonia, and Lithuania on the Baltic coast, Belarus and Ukraine on the west, Georgia and Azerbaijan on the southwest, and Kazakhstan, China, and North Korea on the east and the south. The Russian terrain is varied, with broad plains and low hills near the Urals, coniferous and tundra region in Siberia. Russia is mountainous in the southern regions, and volcanic in the Far East.

Russia has been home to modern humans for as long as 40,000 years, and early humans as long as 1.5 million years ago, based on archeological discoveries. Some of the last of the Neanderthals were known to live in the area of Adygea, Russia, and carbon dating has traced Neanderthal skull remains found in the Mezmaiskaya Cave to just 29,000 years ago.

Russian history is fascinating. It traces its roots to the Middle Ages, when Constantinople ruled the Byzantine Empire. The Russian Empire was established by Peter the Great in 1721, who led Russia into the European states. By this time, Russia had become the largest country in the world by landmass, with borders reaching from the Baltic Sea to the Pacific Ocean. Saint Petersburg was the first construction made by Peter the Great.

Russian culture has a long and diverse history. From art to dance to cinema to classical music, Russia has significant contributions to all sectors. Russian culture has had influence all over the world, and especially on neighboring countries like Turkey, Belarus, and the Ukraine. When it comes to language, there are some 100 languages spoken among the 160 ethnic groups. The majority of the population speaks Russian, followed by Tatar and Ukrainian.

Russian literature is also famous the world over, with many significant figures defining world literature. These include Leo Tolstoy, Nikolai Gogol, Fyodor Dostoyevsky, Mikhail Lermontov, and Anton Chekhov. Tolstoy and Dostoyevsky are so prominent, they remain two of the most famous icons in world literature to this day.

Russian music and ballet are among Russia’s great cultural accomplishments, with icons like Tchaikovsky and Anna Pavlova etched in history forever. Cinema has also been significantly influenced by Russia, including Soviet-era filmmakers, Sergei Eisenstein, and Andrei Tarkovsky.

Tourism is a big part of Russia, and it has grown in leaps and bounds since the Soviet era. The country’s rich cultural heritage, historical monuments, and scenic natural beauty attract thousands of tourists from all over the world. Russia is home to 23 UNESCO World Heritage Sites. Major tourist attractions include Moscow, Saint Petersburg, Kremlin Square, Bolshoi and Mariinsky theaters, Saint Basil’s Cathedral, Cathedral of Christ the Saviour, Saint Isaac’s Cathedral, and Peter and Paul Fortress, among others. Russian architecture is highly revered, and most definitely a draw for the many people who visit.

Although Christianity, Judaism, Islam, and Buddhism are popular religions in Russian, the dominant religion is Russian Orthodoxy. There is also a high percentage of non-believers, as well as those that are believers but do not practice any religion.

Most of Russia’s GDP comes from oil and gas, and energy sectors. Russia’s economy has been affected by many events since the time it was part of the Soviet Union. The collapse of the Soviet Union was one of the earliest events to affect the Russian economy, when many industries were privatized. The ruble crisis and the subsequent devaluation of the Russian ruble in 1998, along with the rising oil prices from 1999 to 2008 enabled the Russian economy to grow at an annual rate of seven percent.

The financial crisis of 2008 also affected Russia badly, as oil prices declined sharply and foreign credit dried up. Russia experienced a recession in 2014 again because of the decline in oil prices. The Russian government has been trying to shift the economic reliance from the energy sector to other industries.

Today the Russian telecom market is liberal and also the largest in Europe, with a population of 14 million. Moscow and Saint Petersburg are the main centers for the telecom industry, and also the most competitive. Russia shares a unified numbering plan with Kazakhstan, both of which share the international code +7. This was also the code for the Soviet Union.

Global Call Forwarding is a provider of Russian virtual phone numbers and Russian Dade toll free numbers with SMS and Email capabilities. Many other features include ringback and call recording to assist you and your business in establishing a solid means of communication.