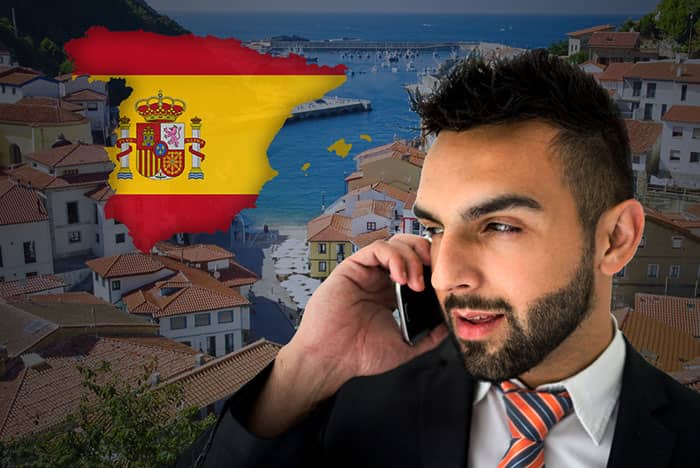 The country of Spain is the second largest in Europe. It is located between Portugal to the West and France to the Northeast. Morocco and Algeria are found just to the South. Most people are familiar with Spain, and especially its signature city, Madrid. The capital is known for having a rich history, strong economy, and a high quality of life for its residents. The tourism industry in Spain attracts a wide array of visitors, hailing from all over Europe, the US, and beyond. Whether it’s a weekend away or a long-term stay, Spain is home to countless attractions for individuals and groups alike.

Barcelona is the second-largest city in Spain with over 1.6 million residing there. Not only does this area have some of the best beaches in the world, Barcelona is also a much visited and well loved city with architecture you will not soon forget. Antoni Gaudí, who is among Spain’s most celebrated architects, created exceptionally unique buildings with his own vision of the Art Nouveau and Gothic movements. La Sagrada Familia is a Roman Catholic church originally built in the 1800s, and Gaudi dedicated much of his life to overseeing its completion (which did not occur in his time). La Sagrada Familia is surely his most recognizable work, and for good reason; it is a stunning example of architecture, standing as one of the most unique structures ever created. It has achieved the status of being named a UNESCO World Heritage Site.

Like many other Mediterranean countries in the area, Spain has warmer summers and cooler winters. This temperate climate is mostly pleasant all year long. However, some areas may experience a little more rain with a tendency to flood than others. The northern area of Spain especially sees plenty of rainfall.

Tourists are always drawn to the beaches of Spain. You can choose to stay at one of Spain’s most luxurious resorts situated on the water, or explore of the coastal cities yourself. For instance, the beach of La Concha in San Sebastián has some of the best surfing in all of Europe. The promenade of La Concha also has fine dining experiences with wonderful views of the scenery. Just off the coast of Spain, the island of Ibiza is a popular party destination for travelers. This is due to the many nightclubs, beach clubs, and cocktail bars that can’t be found anywhere else.

In addition to the golden coasts, visitors can go “off the beaten path” by exploring the diverse heritage of Spain. Regional guides will be able to show you specific areas that best fit your interests, such as checking out art displays or exploring the great outdoors.

One of the hidden gems of Spain is the city of Cuenca, which is set on the sides of a mountain, found between Valencia and Madrid. There you can discover the beautiful and historical ruins of Medieval castles, churches, and parks. Day trips will allow you to experience the spectacular sights, including the famed Hanging Houses. These are structures that are built at the edge of steep cliffs far above the Huécar River. The Hanging Houses are quite a stunning sight!

Spain is an affluent country, as its economy currently stands as the 12th largest in the world. The nation’s major industries that bring in revenue are textiles, automobiles, manufacturing, pharmaceuticals, and food and beverage. Agriculture is especially vital, with grain and vegetables leading the list. Spain’s wine grapes, olives, citrus products, beef, pork, and poultry are also prevalent.

In addition to Spanish, locals commonly speak English, German, and/ or French. This is useful for those growing enterprises and making important connections in neighboring major cities, or globally. In the past, it may have been difficult to open a new business in Spain as a foreigner, however, the culture has changed in attitude towards “outsiders” in recent history. This is due to the increased revenue from tourism, the political influence of other countries, and the digital age bridging the gaps of borders around the world.

Spanish residents typically have a much more “laidback,” relaxed attitude than their counterparts in other European and Western countries. One aspect of this is the Spanish tradition of taking long lunches or “siestas” during the workday. A typical morning at work could last from at 8am to 1pm, prior to siesta. The siesta can be used as personal time so that an individual may rest, and then work begins again from 4pm until about 8pm. During this break, workers often enjoy good meals, naps, or other ways of relaxing.

Success in Spain is all about finding a smart balance between professionalism and having just the right personal touch. In business, Spaniard’s value organizations with leaders who express the desire to be humble, patient, and respectful in all manners.

Global Call Forwarding is a provider of Spain virtual phone numbers and  Spain toll free numbers with SMS and Email capabilities. Many other features include ringback and call recording to assist you and your business in establishing a solid means of communication.