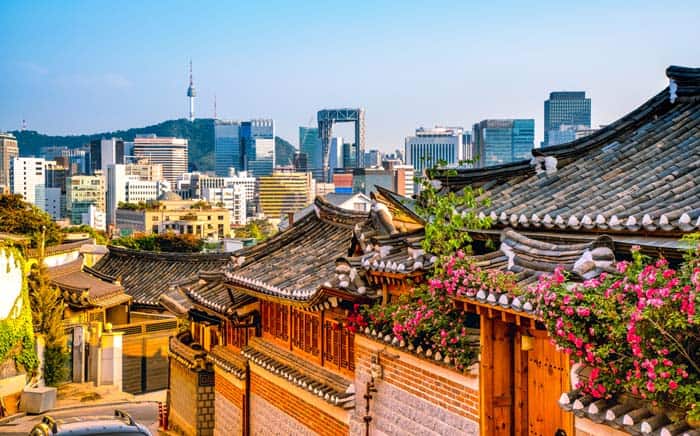 Over the last two decades, South Korea has truly made its presence felt like a major economic power with its significant shift to high-technology industries. South Korea virtual phone numbers enable international businesses to establish a virtual presence in South Korea.

Since 1989, moreover, South Korea has concentrated more on the development of new materials, industrial robotics, microelectronics, bioengineering, aerospace and fine chemistry. It's significant exports of electronics, ships, textiles, finished steel and automobiles have truly and firmly placed it on the global trade map as a major player.

South Korea is also acknowledged as the launch pad of a matured mobile market with minimal technology constraints. The trend of inventing new apps or media types and maximum utilization of 4 & 5G internet infrastructures is ever growing in the country. Thus, there are grand business opportunities in South Korea, and foreign investment is always welcome.

The customer base, too, is encouraging here. This opens up ample business opportunities in the region for outsiders particularly to flourish with the support of efficient telephony systems where South Korea virtual phone numbers enable any business to gain access to the South Korean customer base.

You can get different types of South Korea phone numbers for your business. Global Call Forwarding offers:

The country code for South Korea is (+82). The South Korea phone number format includes the toll free or area code, and the subscriber number:

Benefits of Using a South Korea Number for Business

Why should your business buy a South Korea phone number?

With a South Korea virtual number, you can:

How Much Does a South Korea Virtual Number Cost?

How to Get a South Korea Phone Number?

You can buy a South Korea phone number from Global Call Forwarding in two ways:

With South Korea VoIP numbers, you can enter this booming economy and increase your business’ sales and global coverage. To learn more, speak with representatives today!

South Korea’s economy is currently the 4th largest in Asia and 11th largest globally. It’s a mixed economy comprising chaebols or family-owned conglomerates, small private players and also global multinationals that function there. It was considered at one time to be one of the world’s poorest countries that metamorphosed into a highly developed country in the span of one generation only.

This was called the Han River Miracle, and today South Korea ranks among the elite OECD and G-20 countries. It not only survived the Great Recession but went on to become one of the fastest-growing countries in its aftermath. In fact, it’s predicted that mid-21st century, South Korea as a member of the Next Eleven countries group shall dominate the world economy.

This has been largely due to the highly developed and rigorous South Korean education system which has led to the creation of a highly educated and extremely motivated populace. This is despite the country’s severe lack of natural resources coupled with the problem of overpopulation which led to the formation of a consumer market that was largely internal.

This fueled the South Korean government to adopt a focused export-oriented economic strategy in order to boost up its economy. It is currently the world’s 7th largest exporter and importer.

Following the Asian meltdown in 1997, the IMF bailed out South Korea and massive restructuring was done based on then-President Kim Dae Jung’s economic policy. Heavy subsidies were granted to speed up new technology adoption which ultimately put the South Korean economy on the fast, if not the fastest track.

Growth was particularly noted in the ICT industry which concentrated mostly on hardware and expanding the wireless and wired telecommunication network. Today South Korea truly leads in the spheres of consumer electronics, smartphones, and mobile broadband.

Moreover, South Korea is also predicted to soon outshine Japan as the number 1 LCD TV producer in the world. The ICT Development Index had rated the South Korean economy Number 1 globally in 2015 as did the BII or Bloomberg Innovation Index. Not a bad deal!

Since it is now established that both entrepreneurship and globalization are the principal drivers that make the world a better place, South Korea virtual phone numbers have empowered entrepreneurs functioning in the world’s most remote corners to get access to a telephonic service that has effectively eliminated distance and made international business calling – hitherto a prohibitively expensive exercise – possible at the cost of a local call.

Your number comes with its +82 code. Its main objective is to redirect any call, or fax to you, no matter where you are, 24×7. No SIM-cards are required, and all geographical barriers are eliminated. And then there’s also the option of systematic telephony where the user gets to choose his PBX station offering services like call history, IP-address, blacklist category, and IVR-menu.

All South Korea virtual phone numbers look like ordinary local landline numbers. They accept inbound calls from South Korea but without a phone line or any additional equipment. Local subscribers can call you at specified rates for different regions, and the call gets forwarded to your phone no matter where you are.

How to Get South Korea Virtual Phone Numbers

Log on to our website and select a South Korea virtual phone number (you can choose a specific city and number type). Enter the destination phone number. Then add your billing details and place an order for your number. It’s that simple!