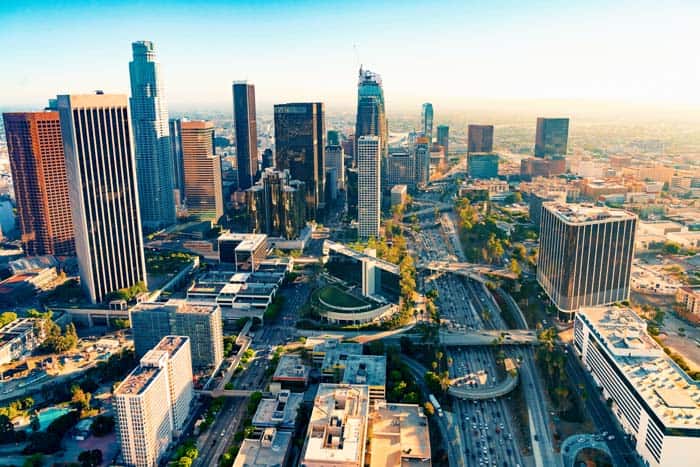 If you were asked to name a few interesting things about Los Angeles, you’d probably mention Hollywood and all the movie and TV action that happens there. While that would all be true, it would be selling the other qualities of the 323 area code – Los Angeles short.

Los Angeles is a melting pot of cultures, ethnicities, and people from all over the world. According to the latest census, 47% of Los Angeles’ population was Hispanic or Latino, with another 29% being those of other, non-white backgrounds.

Los Angeles is home to the largest number of Saudi Arabian expatriates in the country, home to about 15,000 people from Louisiana’s Creole areas, and numerous other cultures including Bosnians and Armenians.

The bottom line is if your business is looking to attract people of all cultures and backgrounds, you shouldn’t ignore the potential that awaits in Los Angeles.

Maybe you’re more interested in Los Angeles’ status as an economic powerhouse. You won’t be disappointed there either; Los Angeles is the third largest metropolitan economy in the entire world.

The area is not just a national hub, but an international one; Los Angeles’ airport is the sixth busiest in the world, and its seaport, which connects with rail lines that go east of the Rocky Mountains, is the largest port complex in the United States. In fact, Los Angeles has a larger economy than the countries of Belgium, Saudi Arabia, Norway and Taiwan.

Marketing to the Los Angeles Area

There are multiple benefits to virtual numbers, but one of the greatest is that you don’t have to have a physical Los Angeles location, and you don’t have to deal with a local phone company. Everything is done online, and it can all be done remotely.

Entertainment and Weather Are Perfect for Marketing Your Business

Of course, Los Angeles’ most well-known trait is its close ties to the entertainment community. It is estimated that one in every six people in the area is employed by the creative community. That includes digital entertainment, such as video games and online entertainment.

The city is home to the oldest performing arts college in the nation, and of course, hosts the annual Academy Awards.

Los Angeles’ dedication to the arts isn’t just in the movie theaters; it is estimated that there are more than 1,100 annual theatrical productions and 21 theater openings every week. The Los Angeles Philharmonic and Los Angeles Opera also are known as some of the best in the nation at what they do.

However, all of the entertainment industry’s allure has serious competition with the area’s temperate and attractive climate, which gets people out and frequenting the area’s parks and nature-based businesses. Los Angeles has very little rain and its cool season, which does not include any snow, lasts only 2-3 months.

This climate is what allows Los Angeles to support the world’s largest municipal golf course system and 182 regional parks. Many of those parks house entertainment venues as well, such as the Hollywood Bowl, which routinely brings in national acts.

A virtual phone number for the 323 area code – Los Angeles is not only affordable, and not only tells locals that you are a part of their community but brings with it great flexibility as well.

Your Los Angeles number can be forwarded to whatever phone number you want, whether you’re at your office across the country or you’re sitting on an LA beach (which rank as some of the best beaches in America, by the way). You can even set up secondary phones to forward any calls that you may miss.

Callers can be routed to you or others through pre-recorded phone messages as well, so they’ll have no idea if they’re calling an office or just your cell phone. In every way, your 323 area code – Los Angeles number will convey the professional image that Los Angeles customers want.