Area code 469, along with 214 and 972, serves the Dallas city of Texas. This city is located in the southern part of the United States and is one of the most diverse cities in the country with a variety of ethnic and religious groups. Additionally, Dallas also has one of the largest LGBTQ communities in the country. 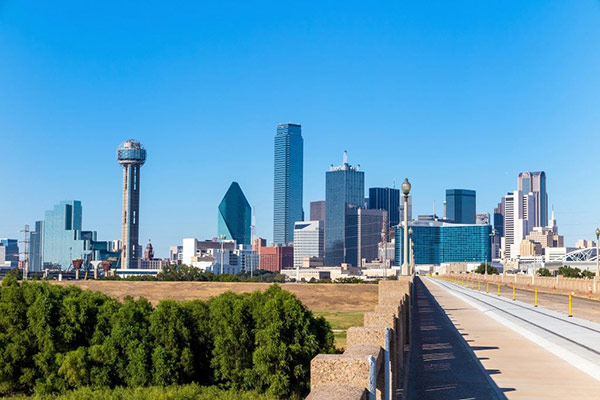 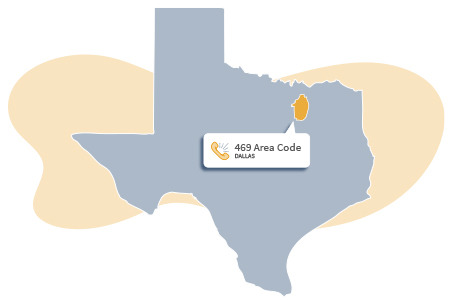 Location for the 469 Area Code

Area code 469 covers Dallas and most of the eastern part of the Dallas–Fort Worth metroplex often referred to as “DFW” or “the Metroplex.” The city of Dallas mainly comes under Dallas County but also extends to Rockwall, Collin, Denton, Johnson, Ellis, Hunt, and Kaufman counties. The Dallas–Fort Worth area, on the other hand, is a metropolitan area encompassing 11 counties. The Dallas area code serves the major cities of Allen, Arlington, Dallas, Lewisville, Mesquite, Frisco, Fort Worth, Grand Prairie, and more.

Get a 469 Area Code Phone Number for Your Business Because. . .

Whether you are looking to move your business to Dallas or simply extend a virtual hand, getting a Dallas area code number is a step you don’t want to miss. A US phone number is the most common method to contact an organization and Dallas customers will feel more comfortable with a local area code number that they recognize. If you are not ready to move your whole company to a new city, get a virtual number instead to test the client base. These numbers route calls through the internet, making it inexpensive for callers and receivers.

Why Consider Dallas for Business?

Dallas’ diverse and hard-working population makes it a good location to expand one’s business to. The city’s most attractive business features include being limited on regulations and tax-friendly for owners and employees. Additionally, because Texas does not have any individual state income tax, employees get to keep more of their pay. This metropolitan area’s economy has been continuously prospering since 2015 and has ranked 10th largest in the world. And this is mainly due to high entrepreneurship and job creation rates. It is no surprise that 80% of successful businesses in this area are small businesses. People are flocking to Dallas to grow their businesses and make use of the ever-growing population.

Dallas is home to a historic Arts District. And here, supporting the arts, you will find the Dallas Museum of Art, The Perot Museum of Nature and Science, and the Morton H. Meyerson Symphony Center. These establishments make Dallas a safe space for people who want to be involved with the arts.

If you want to purchase a number with the 469 area code, you can go to a phone services provider such as Global Call Forwarding. If you want your numbers set up as quickly as possible, this company specializes in the best services at the lowest prices.

First introduced July 1, 1999, Area code 469 wa an overlay plan for most of the eastern portion of the Metro area. At the same time, the 214-972 boundary was "erased," and 972 was converted into an additional overlay for the entire region.

Area code 469 covers Dallas and most of the eastern part of the Dallas–Fort Worth metroplex often referred to as “DFW” or “the Metroplex.”