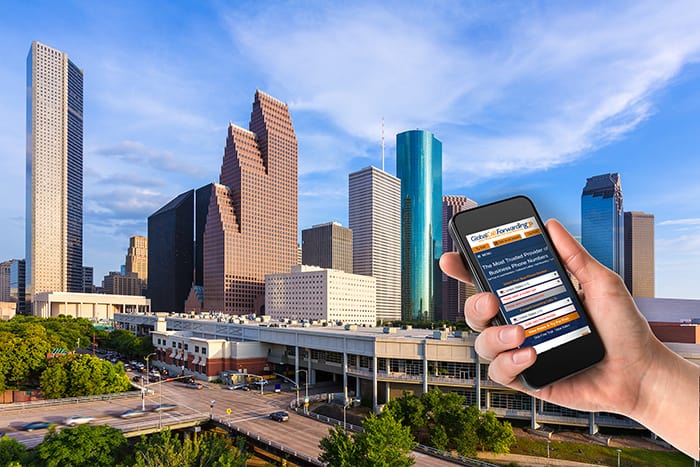 Texas is currently home to more than 28 million people. Since the year 2000, Texas has become home to six million of these residents. What attracts so many people to Texas are the business opportunities, friendly locals, and the almost endless options for adventure in various cities throughout the state.

About Business in Texas

Entrepreneurs flock to Texas for a variety of reasons. The state is listed as one of the best places to do business in the United States by numerous publications. For 16 consecutive years, Texas has been the top state for exports. In 2017, Texas generated $264 billion from exporting worldwide to countries around the globe. If it was a country, Texas would have the tenth largest economy in the world.

With an 832 area code – Houston number, you’ll be positioning your business alongside major brands and growing businesses. Some of the most reputable companies in America with global recognition are based in Texas. At least 50 are located throughout the state with more than 25 being Fortune 500 companies in the city of Houston.
Houston is Famous for Education and Talented Workers

Texas is home to the second-largest workforce in America, and the state attracts top talent from various parts of the U.S. and countries throughout the world. The value of education is deeply ingrained in Texas communities. Universities throughout Texas are often listed as some of the best in the world.

Houston natives have access to the top-tier education provided in Texas beginning in their early years. For travelers and students studying abroad, the rigorous training received at educational programs in Houston inspires many students and graduates to relocate to the city for the professional opportunities and high quality of life experienced in the city.

Along with being educated at prestigious universities, Houston residents are supported by the government while building their skills as career professionals. The state of Texas is known for funding programs and initiatives that focus on skill development to make workers more competitive in the workforce.

As a business owner, hiring workers to provide customer service using phone numbers with an 832 area code – Houston number will benefit your business in a variety of ways. Because so many workers speak several languages, you’ll avoid communication barriers and be able to reach more customers.

Beyond customer service, the skillsets of workers in Houston can help to grow your business internally. Houston workers approach challenges with optimism and creative solutions. By scheduling team meetings using your 832 area code – Houston phone number, you can exchange ideas and work together on campaigns that will attract more business.

Candidates based in Houston have an admirable work ethic of dedication and a drive to be successful. Your company doesn’t have to be based in Houston for you to benefit from the talent of workers in the city. Use an 832 area code – Houston virtual phone number to advertise open positions for remote work at your company, and it won’t be long before you receive calls from qualified applicants.

Connect with Happy Consumers in Houston

The landscape of Houston appeals to nature lovers and city dwellers with its mix of urban attractions and green scenery. Not far from major entertainment events, you’ll often find eco-friendly spaces. Live music festivals can be found year-round in the city. On the opposite end of the spectrum, there are more than 80 state parks in Houston for residents and travelers who want to appreciate nature and the unique landscapes.

Diversity is appreciated here and the number of expats living in Houston has transformed the city into a melting pot of various cultures and languages. In fact, one-third of Houston’s citizens are bilingual and more than 160 languages are spoken throughout the city.

Houston’s diversity further encourages tourism because travelers head to the city to experience the authentic cuisine and attend social events that highlight the importance of diverse cultures. With a number for the 832 area code – Houston area, you’ll be speaking with incoming callers from various parts of the world.

Consumers in Texas have more freedom for leisurely spending because there are no personal income taxes and the state has competitive options across various industries offering consumer goods and services.

Residents look forward to connecting with new businesses in Houston and meeting business owners from other cities and states.

Because Texas is so large, using an 832 area code – Houston number also connects you to consumers who live in other thriving cities within the state, such as Austin and Dallas.

The features of your phone number will keep you from missing important calls and help you to provide customer service by giving your callers options to speak with team members that can quickly meet their needs. Your 832 area code – Houston phone number will also benefit you when marketing because customers are more likely to call a business with a local phone number.

Using an 832 area code – Houston phone number can help you to get your business off the ground regardless of your location. By connecting to locals in Houston with your virtual phone number, you’ll be able to grow your customer base and network with local business leaders.