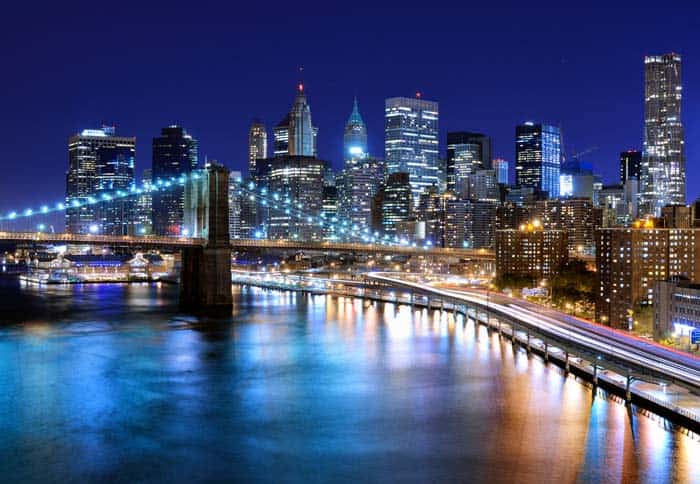 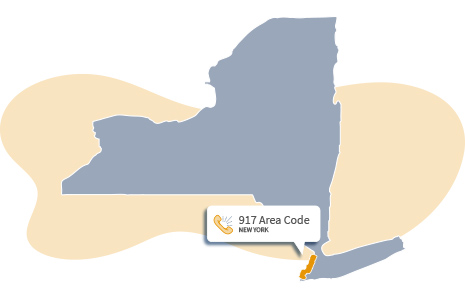 NYC has been battling with different area codes. Originally, the city had 212 numbers, then 718 which was added in the 80s, and then 347. However, in 1992, because of the exhaustion of phone numbers, 212 was limited to Manhattan while 718 was assigned to Marble Hill and the Bronx. And this made way for 917, which currently covers all boroughs of NYC. When established, all new cellphone numbers had a 917 area code. But because of a number shortage, 917 has also been assigned to landlines in Manhattan.

Like most cities on the eastern front of the United States, this New York area code observes Eastern Time (ET). ET is five hours behind the Coordinated Universal Time or the Greenwich Mean Time. And so, from November to March, the city follows UTC/GMT–5. However, the country switches to daylight savings for the months of March to November. And so, during these months, the 917 area code functions under the Eastern Daylight Time (EDT), which is UTC/GMT–4. This information is useful when calling individuals or businesses in this area so that you follow the same time as them.

Expand to NYC with a Local 917 Area Code Business Number

NYC is known for its diverse population and its acceptance of businesses in various industries. Anyone can do business in the city and get a decent customer base. And because of its ethnic diversity, a company’s potential to reach the right clientele can be tested well. Furthermore, this can give you insight as to which markets to target next. The best way to make use of this is by tapping into the NYC market without the costs of relocating. A 917 area code New York City Phone Number can help you do exactly that. Additionally, many businesses believe that numbers from certain areas can lend credibility to the brand. Having a phone number for a city with one of the biggest economies can definitely have that effect on your brand.

NYC: An Economy Suitable for Every Business

The business climate in NYC is excellent. Whether you are looking to launch a new business or expand an existing one, this is the place to be. The city offers a stable environment, a large economy, and access to one of the most traveled regions. In fact, as a business, you can make use of an array of advantages. These include tax-based incentives, resources, and training for entrepreneurs and small business owners looking for funding and partnerships. Startups and solo-businesses have a variety of available resources to push them towards success. A business owner does not need to have a physical location in NYC to purchase a 917 area code number and start a business in the city. This is a great way to insert your company into the city’s economy.

NYC: The Land of Culture and Opportunities

Often known as the cultural capital of the world, NYC is a global power city and acts as a hub for every industry: transport, entertainment, financial, arts, fashion, and more. Every person, no matter where they live, has definitely heard of NYC, if not any other city or state in the United States. And the city’s popularity exists for a reason. Most people move to New York to make their dreams come true and to discover opportunities they never even knew existed. That’s what NYC can do for you.

NYC is home to people from almost every country, making it one of the most ethnically diverse cities in the world. And this amalgamation of cultures is what makes NYC attractive to individuals and businesses. Its extensive transportation system (subway, buses, air, ferries, and cabs) keeps it well connected to neighboring and long-distant cities and counties. Thereby, it allows you to instantly globalize your social connections.

Additionally, the city has been the birthplace of many significant cultural movements like the Harlem Renaissance, abstract expressionism, certain forms of jazz music, and dance forms like hip hop, salsa, etc. Funded by the city government’s National Endowment for the Arts, NYC has more than 2,000 arts and cultural organizations and over 500 galleries. It is also home to cultural institutions like Carnegie Hall and the Metropolitan Museum of Art (also known as the Met). Interestingly, the city is also a common setting for movies, novels, and television shows, where, in some cases, NYC becomes a character as well.

A 917 area code number, like all of New York, follows Eastern standard time (EST), which is GMT–5.