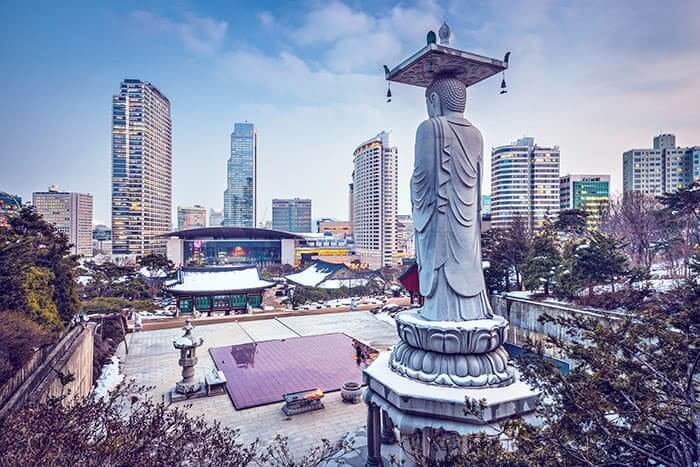 If your business is looking to expand into one of the most vibrant markets in the world, you may have noticed South Korea popping up on your radar more and more. Considering South Korea has recently evolved into one of the most technologically advanced countries in the world, with some of the most recognizable tech brands calling this country home (LG Electronics, Samsung Electronics, Hyundai Motors, Kia Motors), international businesses want a piece of the action.

The only question is how?

The answer is with South Korea DID numbers.

What are South Korea DID Numbers?

In order to understand the impact of how South Korea DID numbers can impact your business, it’s important to understand the technology behind them that makes them such a powerful business concept. That technology is known as virtual phone numbers, which is a cloud- and VoIP-based technology that allows businesses to gain a worldwide reach no matter where they’re located.

When a virtual phone is called, the call is instantly routed to another phone number, (known as the “destination phone number”) which can be located anywhere around the world. Because virtual phone numbers use Internet audio signals between users, calls can be seamlessly completed between callers and recipients in any country around the world. And because modern broadband speeds are so fast, there are no latency issues that may have marred call quality in the past.
Now that you’re up to speed on what virtual phone numbers are, South Korea DID numbers are essentially virtual numbers that route inbound and outbound calls between your existing telephone lines. Going a step further, DID numbers multiply the number of lines that callers can reach, as any individual workstation or staff member’s devices connected to the South Korea DID number is granted an individual phone number by the “PBX” (Private Branch Exchange system). Even if your business only has one phone number, multiple employees and departments can get a unique number.

Benefits of South Korea DID Numbers for Business

As you may have learned from the previous section, DID numbers are powered by Internet-based telecom technology. This means that there are numerous features and add-ons that can augment the directory-like functionality of South Korea DID numbers. For example, you can incorporate “call recording,” which archives calls between callers and recipients to ensure that you can verify the content and ensure quality-control from your staff. Additionally, call recording helps your business comply with international regulatory groups, which impacts such industries as banking, finance, investing, and more.

Perhaps the most effective use for businesses using South Korean phone numbers is that they give your organization a business presence in South Korea throughout the country (as well as the surrounding regions) without the necessity of establishing a physical presence (i.e. branch office). Despite where your business happens to be located, DID numbers aid your business in the process of “localization,” creating an authentic presence that can field inbound phone calls from South Korean clients — even if you’re located in the United States, India, the Philippines, and so forth.

Lastly, the directory system of South Korea DID numbers can make your business more efficient and cost-effective. Imagine if your business had to pay for long-distance fees between your workers, especially those who work remotely in far-flung regions that need to interface with your staff frequently. Similarly, South Korean DID numbers allow your customers to directly contact staff, which frees up time for both your organization and keeps customers happy without being placed on hold or transferred endlessly between departments — all things that can hamper your business’ ability to integrate into South Korea.