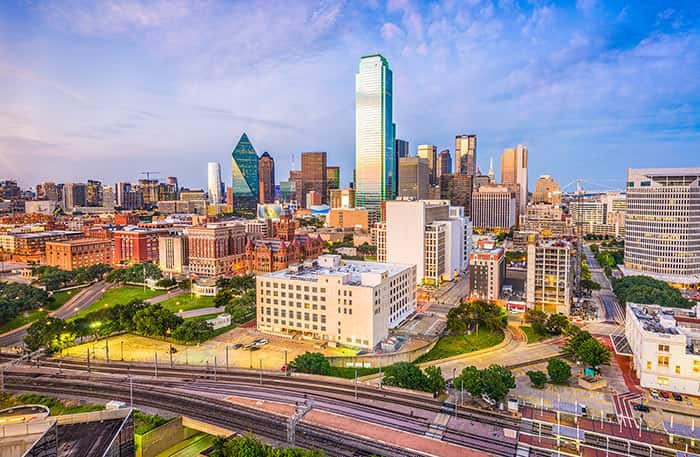 Dallas is more than big hats and accents; it has the fourth-largest population of any United States city, and it was ranked on the Top Ten Forbes list for the best cities to start and operate a business. Taking into account factors such as education, crime rates, cost of living, and cultural and recreational opportunities, Dallas, Texas is among the Top Ten cities to conduct business. In addition to these desirable aspects, Texas is known for its pro-business environment. If you are looking to expand your market into Dallas, we’re taking a look at what business opportunities currently exist, and we’ll explore the easiest way to start creating relationships with potential business partners using virtual phone numbers.

If you buy a Dallas Texas virtual phone number from companies like Global Call Forwarding, you are essentially setting up a virtual location in this corner of the globe, making it easier to build trusting relationships with local businesses.

What is a Dallas Texas Virtual Phone Number?

A virtual number is a number that allows you to dial and receive phone calls from a Dallas, Texas number no matter where you are in the world. Because of the highly customizable features that come with any Global Call Forwarding number, you can arrange to have calls forwarded to any existing landline, cellular, or VoIP number. You can operate your Dallas, Texas business at any time of day, from wherever you are. You can even forward it to a business partner who works in that time zone (in case you live outside the time zone). Once you select and purchase your virtual phone number, you can begin using it immediately, and you can even customize your voice mailbox options and ringtones. Dallas Texas virtual phone numbers will make it simple to conduct business regardless of what you have going on; whether you’re traveling abroad or doing business in another part of the country.

Types of of Dallas Virtual Numbers

You can get different types of Dallas phone numbers for your business. Global Call Forwarding offers:

Benefits of Using a Dallas Number for Business

Why should your business buy a Dallas phone number?

With a Dallas virtual number, you can:

How Much Does a Dallas Virtual Number Cost?

How to Get a Dallas Phone Number?

You can buy a Dallas phone number from Global Call Forwarding in two ways:

Industries to Watch in Dallas, Texas

Dallas, Texas produces an industry-leading amount of innovation in the technology industry. It has been nicknamed the “Silicon Prairie” to convey the degree of innovation occurring in this city. Dallas is just behind Boston, Silicon Valley, and Seattle for cities with the highest rates of employment in the tech industry. Even though Dallas, Texas is not typically acknowledged as one of the leaders in this industry, the numbers show that this location is one of the top tech contributors in the country. If you have Dallas Texas virtual phone numbers, and you have business in the technology sector, you should use it to establish relationships and partnerships with some of the major innovators in this field.

Dallas, Texas has experienced 3X growth in their cargo and shipping sector. The Dallas-Fort Worth International Airport helps the city maintain its leading position as a top distributor in the Southwest Region. If your business works with the shipping or infrastructure industries, having Dallas Texas virtual phone numbers can help your company take advantage of the opportunities in this sector easily.

Schools and sports are also huge industries in Dallas, Texas with some of the top universities and athletics teams clustered in just this city. The University of Texas and the Dallas Cowboys are the two largest, and they bring in droves of fans and alumni who spend money on local attractions and dine at the many restaurants. The Dallas Cowboys have recently been named the most valuable sports team in the world, generating well over half a billion dollars in revenue. One very lucrative event in the area is the annual Red River Shootout where the football teams at the University of Texas and the University of Oklahoma compete in the Cotton Bowl. This event brings in money and tourists from all over. Your Dallas phone number can help you get in on some of the profits if you work in an industry affiliated with football.

Additionally, there are a number of headquarters of Fortune 500 companies based in Dallas, Texas. Exxon Mobile, ATT, American Airlines, Southwest Airlines, Texas Instruments, Game Stop, and Dr Pepper Snapple Group are some of the major companies that operate out of Dallas. If you put your Dallas Texas virtual phone number to good use you can use your virtual presence to build strong and trusting relationships with these companies and to create mutually beneficial deals.

The industries above – technology, shipping/ distribution, education, athletics, and corporate HQ – are flourishing thanks to the highly pro-business environment the Texas government has curated. Texas has been named the best state for business for the last thirteen years in a row. There is no state income tax, low minimum wage requirements, low cost of living, and no inheritance tax. This makes Texas, and especially Dallas (thanks to its tech hub reputation) an ideal choice for businesses to establish themselves. Recently, Amazon has even put Dallas on their short list for locations for their new headquarters. Use your Dallas Texas virtual phone number to move quickly to set deals in place that will allow you to benefit from the pro-business policies.