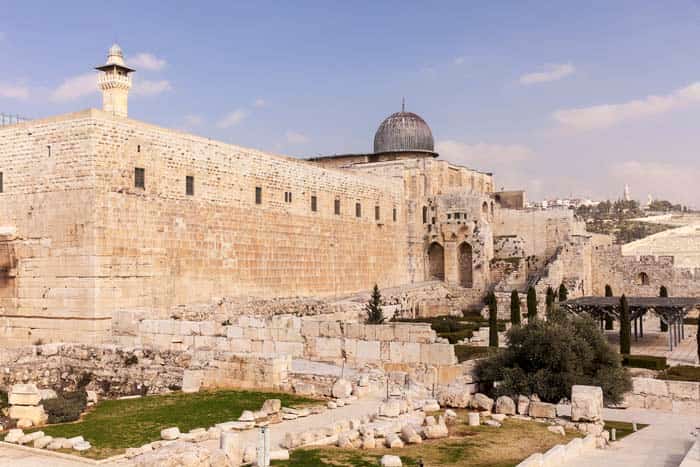 The Jewish state of Israel is probably the only country in the world to have both divine and political intervention. Israel is a young, civilized democracy, with just over sixty years officially as a nation, but its history dates back to the Iron Age, when The Kingdoms of Israel and Judah were born.

Historically, Israel is considered the foundation of Christianity and the Bible. Jerusalem, the capital of Israel, is supposed to be the birthplace of Jesus Christ. As a result, Israel’s history is intimately connected to religion.

Israel is situated in the Middle East, and is bordered by Lebanon to the north, Syria on the northeast, Jordan on the east, Egypt on the southwest, and West Bank and Gaza Strip on the east and west, respectively. Despite the small size, Israel has a diverse landscape. While Jerusalem is on a higher altitude, and gets cold winters and light snowfall, Tel Aviv is subtropical, with hot summers and mild winters.

Since it is a Jewish nation, Israel has a majority of Jews at 78 percent who still believe in, and carry on the traditions of the Old Testament.

Other religions include Islam and Christianity. Israel observes the Shabbat, so Saturday is the national day of rest. From sunset on Friday to sunset on Saturday, there is no available public transport and all shops are closed. Many restaurants are also closed on this day of the week, but it isn’t hard to find open restaurants in bigger cities like Tel Aviv. Although Hebrew is the official language, most Israelis know English, especially in the cities.

The people of Israel have a direct way of communication that can often be construed as rude. Those new to the region shouldn’t take this personally because this is the general way of communicating in the country. Most Israelis are known to be very kind and hospitable, and often go the extra mile to make visitors feel comfortable. Besides, owing to the Westernized culture of the country there is no dearth of people familiar with international food, TV, personalities, and brands.

Israel is the only democracy in the Middle East and it has a very high standard of living. It is one of the twenty-three developed economies of the world, according to the World Bank. The country has free trade agreements with the European Union (EU) and the United States of America, and both domestic and foreign investment is highly encouraged. The government also offers loans and grants to businesses, and the favorable business climate has made the UK one of Israel’s biggest export partners.

Technology is Israel’s forte, with huge investments and developments in the sector. The Israeli government focuses a lot on developing new businesses, and this is one of the reasons why you can register a company for less than a month here. Startups also find a lot of support and funding, while foreign nationals can get jobs easily where there is demand.
Israel is known to support the private sector, which is a great contributor to their economy’s growth.

Israel’s communications industry has been developing at a rapid pace. There are advanced communication systems all over the country, including telephone, fax, cable network, and the Internet. There is also a postal service and the international postal and courier services make it easy to send mail to other countries.

Even if you do not have an office in Israel, it is easy to create a customer base in the country with the help of virtual numbers. With virtual numbers, calls will be forwarded to your company phone anywhere in the world through a virtual PBX system. These numbers act like local Israel numbers and are charged at local rates. They are a vital business tool these days, and one of the best ways to bring your business to Israel quickly.

Israel is a culturally rich land of diversity, ancient history, and modernity, and it is experiencing excellent economic growth.

Global Call Forwarding is a provider of Israel virtual phone numbers and Israel toll free numbers with SMS and Email capabilities. Many other features include ringback and call recording to assist you and your business in establishing a solid means of communication.