South Africa is a vast country consisting of an array of different landscapes. 11 languages are spoken there, among its widely diverse population. South Africa is also known for its wildlife, and it features one of the world’s largest wildlife parks. Many tourists visit just for the chance to experience the excitement of safari. 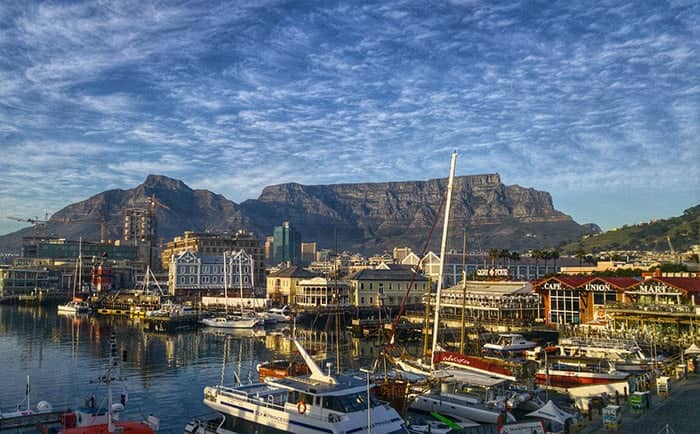 South Africa covers a total area of 1,212,912 sq km (471,008 sq mi), and it has a population of 48,375,645 (2014). The country has three capitals: Pretoria, the Administrative Capital; Cape Town, the Legislative Capital (which is also the largest city); and Bloemfontein, the Judicial Capital. South Africa is comprised of nine provinces consisting Of Mpumalanga, Gauteng, Northern Province, KwaZulu-Natal, North West, Eastern Cape, Northern Cape, Western Cape, and Free State. Each province has its own respective capital.

South Africa has a very eventful history that has played a role in shaping it to become the industrious and beautiful country that it is today.

The early periods of the South African region can be traced to the Bushmen (San) and the Hottentot (Koi), who inhabited the region for more than a thousand years. Their presence and way of life can still be seen, with many of their rock art and drawings still visible.

The Portuguese were the first Europeans to reach South Africa in 1448. The Cape of Good Hope was named by the Portuguese in 1488 after successfully sailing around the region to get to India. The Dutch settled in the Cape Of Good Hope after they reached the region in April 1652. The Boers began to expand eastward on the coastline and eventually into the interior.

The British took over the Cape Of Good Hope in 1795, which was then followed by the British settlement in 1820. A series of events followed which included the migration of the Boers and the massacre of over 3,000 Zulus at the Battle of Blood River, now known as Kwazulu-Natal.

The Republic of South Africa was formed in 1961 followed by an exit from the Commonwealth. Long before the Republic was established, the country had was divided due to racial classifications and white supremacy. There was an Afrikaner dominated National Party, and due to the implementation of apartheid laws in the 1950s, the nation experienced further tumult as these laws were designed to classify the people based on racial categories.

South Africa experienced a very intense political struggle that further deepened the divide and forced several protests, along with a clampdown of anti-apartheid groups. The series of events that occurred after the Rivonia Trial positioned Nelson Mandela as a figure of ‘freedom’ from oppression. Mandela along with other prisoners were released from prison in 1990, an event that was broadcast live across the world.

South Africa has become one of the most dominant tourist destinations in Africa and the largest in Sub-Saharan Africa. The country’s geographical location is one of the major reasons why people from around the world visit. South Africa has a variety of attractions for visitors including the rich cultural heritage, its beautiful landscapes, luxurious hotels and resorts, game reserves, and the nation’s famous wine. Tourism is a major contributor to the South African economy, making up about ZAR 102 billion and supporting more than 10% of jobs.

South Africa has the best thriving business climate in Africa, which is responsible for its position as the strongest economy, and most diverse market in the entire African continent. As a result of it’s sophisticated economic structure makes it the perfect business destination.

The geographical location of the country serves as a major advantage for trade within and outside Africa, especially across the Southern Hemisphere. This has enabled the country build a viable trade linkage with Sub-Saharan countries and accounts for more than 45% of Gross Domestic Product (GDP) of Sub-Saharan Africa, which makes it the largest export market.

The country has everything that most companies identify as an accommodating business destination. Due to the presence of many sophisticated financial institutions and a very solid communications infrastructure, many businesses are taking advantage of the opportunities.

Global Call Forwarding is a provider of South Africa virtual phone numbers and South Africa toll free numbers with SMS and Email capabilities. Many other features include ringback and call recording to assist you and your business in establishing a solid means of communication.